To celebrate International Women’s Day, we have put together a list of some of the women from Latin American history that we think you should know about. These remarkable women, ranging from writers to fighters, achieved unprecedented success in their lifetimes and left an undeniable mark on the history of their respective countries. 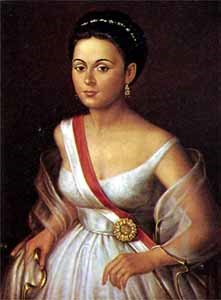 Manuela Saénz (1797-1856) was a South American revolutionary hero who supported the revolutionaries during the Wars of Independence and protested for women’s rights.

Born in Quito, the illegitimate child of a Spanish nobleman, Manuela had a difficult upbringing until her father arranged for her to marry a wealthy English merchant twice her age. Living in Lima, Peru as an aristocratic socialite, Manuela received military personnel and high-ranking politicians in her home and in 1820 became an active member of the conspiracy against the Spanish Viceroy of Peru. In 1822, Manuela left her husband and travelled to Quito, where she met Simón Bolívar. Their association and affair lasted 8 years until his death in 1830. Famously preventing an assassination attempt against Bolívar in 1828, Manuela came to be known as the “Libertadora del libertador” (“Liberator of the liberator”). Often dismissed as nothing more than Bolívar’s lover, Manuela Saénz was also involved in the Battles of Pichincha, Junín and Ayacucho, serving as a soldier and also smuggling supplies to the rebels. As with many women involved in the revolutionary effort, Manuela’s role was overlooked until the 20th century and presently she is revered in Latin America as a feminist symbol of the 19th century wars for Independence. 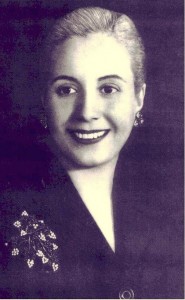 Known widely now for providing the inspiration for the Andrew Lloyd Webber musical, Eva Perón was born to a poor family in 1919, in Los Toldos, Argentina.

After moving to Buenos Aires in the 1930s to pursue a glamorous career as an actress, she married Juan Perón in 1945, who became president of Argentina the following year. Eva Perón used her position as first lady to fight for women’s suffrage and improving the lives of the poor. Hugely popular amongst the poor whose battles she fought, and loved for her impassioned political speeches, Eva, or ‘Evita’ as she was affectionately known, became a legendary figure in Argentine politics.

In addition to her efforts to improve lives of women and the poor in Argentina, Eva was unofficially involved in the day to day running of the Ministries of Health and Labour and wielded considerable influence during her husband’s administration, even being asked to run for Vice President in 1951, a role which she turned down most likely due to her poor health at the time. Eva died in Buenos Aires in 1952 from cervical cancer and was afforded a state funeral. 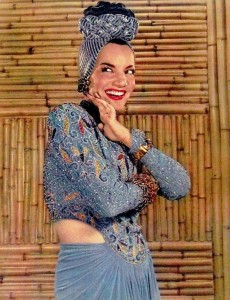 Carmen Miranda, (1909-1955), was an enormously successful Brazilian samba singer, dancer, Broadway actress and film star. Nicknamed ‘The Brazilian Bombshell’, Miranda was Brazil’s answer to Marilyn Monroe and is credited with popularising elements of Brazilian culture in the USA and Europe for the first time.

Known for her fruit hats and ‘Baiana’ image – a stylised version of traditional Bahian dress – Carmen Miranda starred in chanchadas (Brazilian musical films) throughout the 1930s such as Hello, Hello Brazil! and Banana da Terra. Eventually moving on from Brazil’s low-budget film industry, Miranda became a popular actress in the US and was the first Latin American to be invited to leave their hand and footprints outside the Chinese Theatre in Los Angeles and the first South American to be honoured with a star on the Hollywood Walk of Fame.

Enormously popular in her native Brazil, her unexpected death at the age of 46 sparked a period of national mourning and over 60,000 people attended her memorial in Rio de Janeiro. To this day, Miranda serves as the symbol of the golden age of Brazilian cinema and is celebrated as the first Latina woman to make a mark in Hollywood. 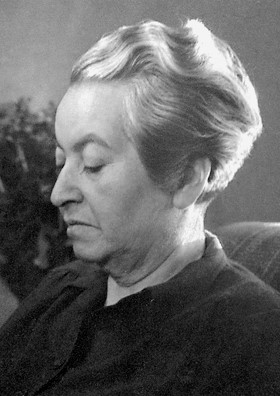 Widely agreed to be the greatest female poet Chile has ever produced, Gabriela Mistral was the first Latin American, and only the 5th ever woman, to win the Nobel Prize for Literature and her impact on the booming Chilean literary scene has been felt ever since.

Her career as a writer began by publishing powerful articles which advocated for the rights of women and attacked the Chilean government’s education policies, often incredibly controversial at the time. During her career, Mistral worked as a consul, a journalist and a teacher, travelling the world as an ambassador for Chilean culture.

Mistral’s love poems in memory of the dead, Sonetos de la muerte (1914), made her known throughout Latin America, but her first great collection of poems, Desolación [Despair], was not published until 1922. In 1924 Ternura [Tenderness] was published, a volume of poetry dominated by her recurring theme of childhood rather than the themes of sorrow, loneliness and death present in Desolación. 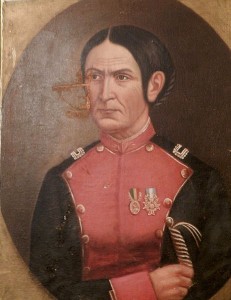 Juana Azurduy (1780-1862) was one of Latin America’s most important revolutionary war heroes. In a six-year period, she fought in 23 battles across Bolivia, Peru and Argentina that helped to liberate the region from the Spanish at great personal cost, losing her husband and all of her children in war.

Born into a wealthy mixed-race family in what is now Sucre, Bolivia, she enjoyed a comfortable upbringing and fostered a great love of Bolivia’s indigenous cultures. At age 17, her rebellious spirit led to her expulsion from the convent she joined as a young girl and she committed herself to improving the treatment of indigenous communities and the cause of independence from the Spanish crown. Juana fought in the Chuquisaca Revolutionary uprising which ended in 1810 with defeat by the royalist troops. Not to be deterred, in 1816, Juana led a force that captured the Cerro Rico of Potosí, a vital source of silver for the Spanish crown, and was promoted to the rank of Lieutenant. In the Battle of La Laguna Juana fought while pregnant to rescue her captured children, all of whom were eventually killed. She went on to give birth to another daughter during a battle in Northern Argentina, returning to the fight shortly after the child had been born.

After the Independence Wars, Juana’s efforts and sacrifice where largely forgotten. In 1825, when Simon Bolívar visited her, he was embarrassed by the conditions she was living in and promoted her to the rank of Colonel with an army pension, reportedly remarking to Marshal Antonio José de Sucre: “This country should not be named Bolivia in my honour, but Padilla or Azurduy, because it was them who made it free”. Juana died in poverty and obscurity, but hundreds of years on, she has been granted posthumous honours by the Bolivian and Argentinean governments.