Southern Belize is the region that offers a real escape from it all. Less visited than other areas of the country, it has much to recommend it including 1,795 square miles of rainforests and jungles, offshore cayes, coastal lowlands and an extensive network of caves. This region has a fascinating level of biodiversity and is perfect for bird and wildlife enthusiasts with 517 bird species reported in Toledo alone.

Wildlife is not the only attraction here and Toledo is a very culturally rich region as it is home to the highest concentration of traditional Maya villages in Belize. The Mayans have continuously inhabited this area since around 10,000 BC and there are no over 30 villages housing Mopan and Kekchi Mayas.  Toledo is also home to many other cultures including Garifuna, Creole, Mestizos, East Indians and German speaking Mennonites.

The Garifuna culture is an important one in this part of Belize and there is a strong concentration of Garifuna region’s capital, Punta Gorda. These people originated with the arrival of the slave trade from West Africa and remain today, part of a vibrant and colourful culture. Punta Gorda is a great place to hear traditional Garifuna drumming and taste fresh seafood . The delightful Garifuna village of Barranco is a lovely example of traditional Garifuna culture.

There are a number of Mayan ruins to be found in the Toledo District. Lubaantun (Place of Fallen Stones) was an important trade centre for seacoast trade between Guatemala and Mexico. Nim Li Punit (Big Hat) contains distinctive ceremonial and civic centres as well as a royal palace. Other Toledo Maya sites include Uxbenka (Old Place) and many smaller sites accessible from towns and villages. 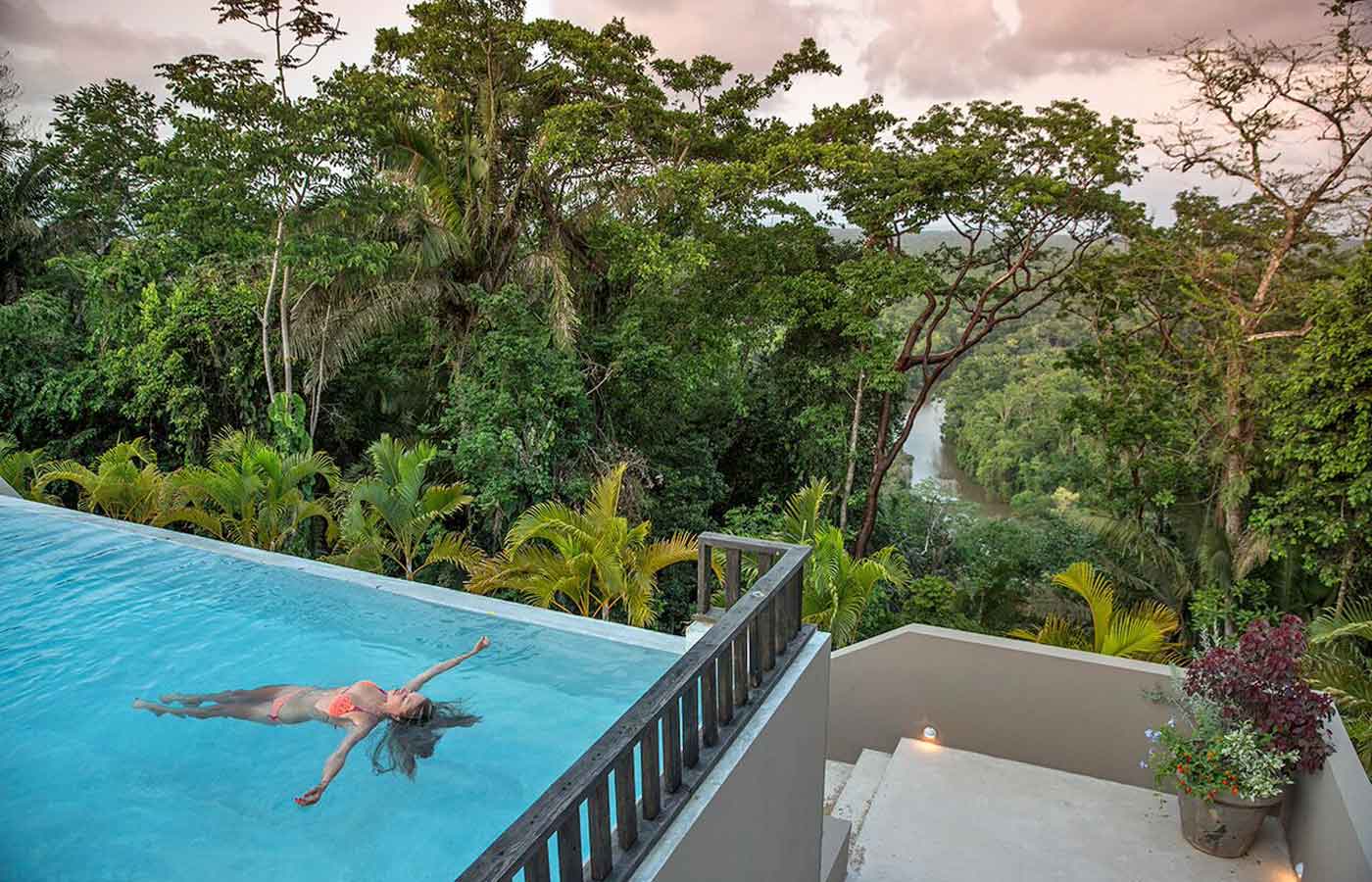 Set in the green hills above the Caribbean Coast of southern Belize, Copal Tree Lodge is just the right hideaway in the jungle for travellers looking for a pristine eco-environment.