A city of mesmerising contradictions, La Paz is the highest administrative capital in the world and marches to the beat of its own drum. Within the same district, you can find traditional markets where local farmers offer up the best of Bolivian produce alongside indigenous ‘witchdoctors’ touting cures for lovesickness, baldness or bad luck; all set opposite uber-modern eateries and cool avant-garde cocktail bars.

The ancient and the modern clash furiously in this energetic metropolis in a riot of colour and noise. For colonial grandeur, visit the Plaza San Francisco for a tour of the striking church, or the Plaza Murillo for a great photo of the government palace and the metropolitan cathedral. Calle Jaén houses the oldest buildings in the city, now quaint museums offering a wealth of information on the history and diversity of this proud ‘plurinational’ state. Sopocachi is the place to go for relaxed brunches, traditional evening meals and by night, for its exuberant and stylish nightlife. El Prado, the city’s main avenue offers art museums, monuments and shopping, whilst the upmarket Zona Sur is where the city’s most refined restaurants and exclusive nightlife is found. For spectacular views over La Paz and its sprawling valley neighbourhoods, head up to El Alto on the city’s cable car system or ‘Teleférico’ and admire sweeping vistas of the city and Mount Illimani, standing sentinel in the distance.

La Paz makes a wonderful base for day trips in the surrounding area. Just outside of town, you can visit the clay spires and unusual rock formations of the Valley of the Moon & the Valley of the Spirits and the traditional communities and magnificent hiking trails of the Palca Canyon. A three-hour drive from La Paz, or a hair-raising mountain bike ride down Bolivia’s famed ‘Death Road’, can get you as far as the alpine cloud forests of the Yungas region and the pretty town of Coroico. In the other direction, heading further into the Andes, the striking Lake Titicaca is a mere three hours away and it is possible to visit the fascinating pre-Columbian ruins complex at Tiwanaku en-route to the world’s highest commercially navigable lake. Enjoy wandering around the bustling backpacker town of Copacabana in Bolivian territory and exploring the ancient ruins on the Islands of the Sun and Moon. 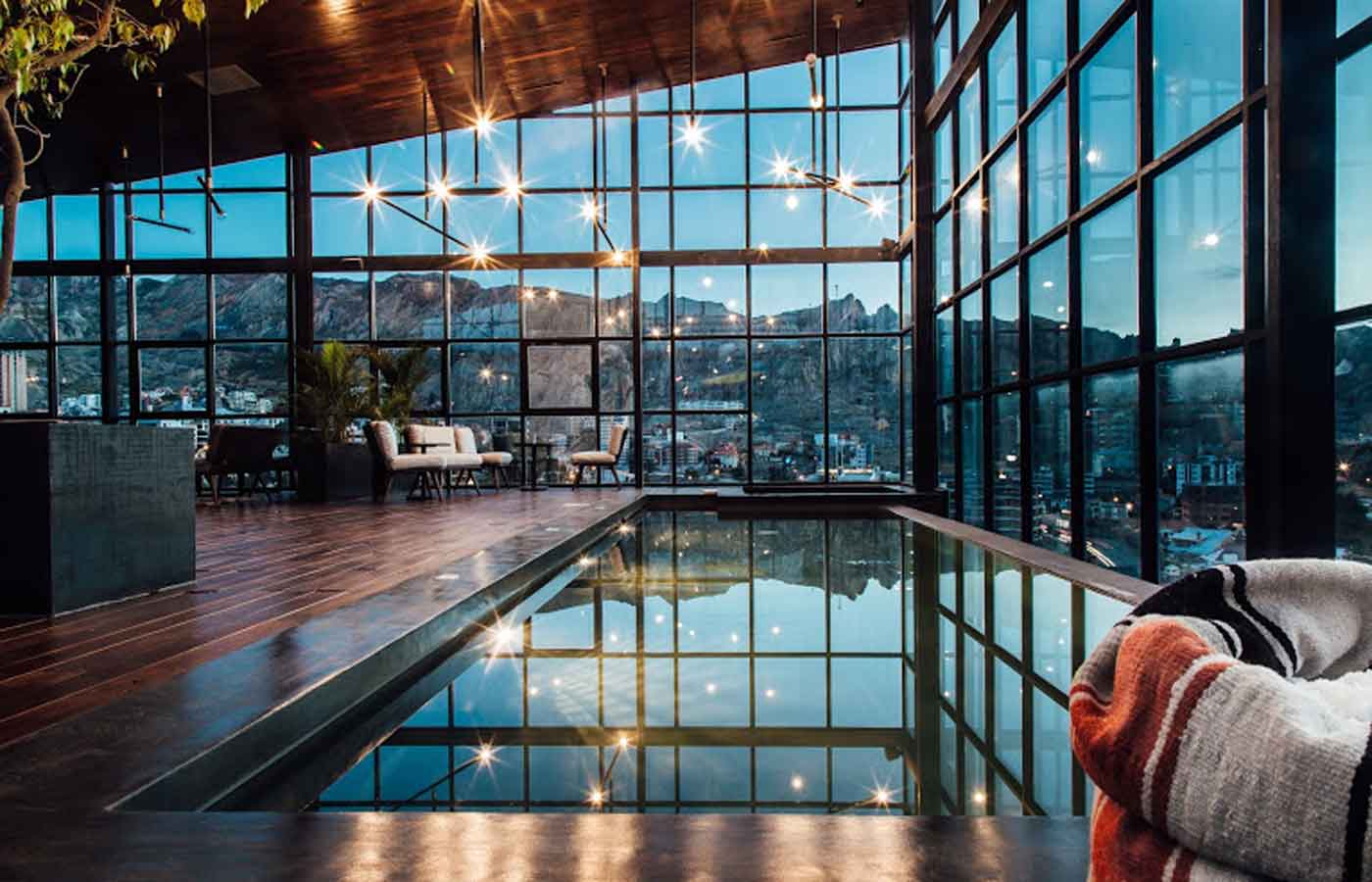 ATIX is the first true luxury hotel in Bolivia. Offering sweeping views of the affluent Zona Sur district of the city and the Devil’s Tooth mountain, this stylish modern design hotel is within an easy teleférico ride from the touristic attractions of Plaza Murillo and the city centre. 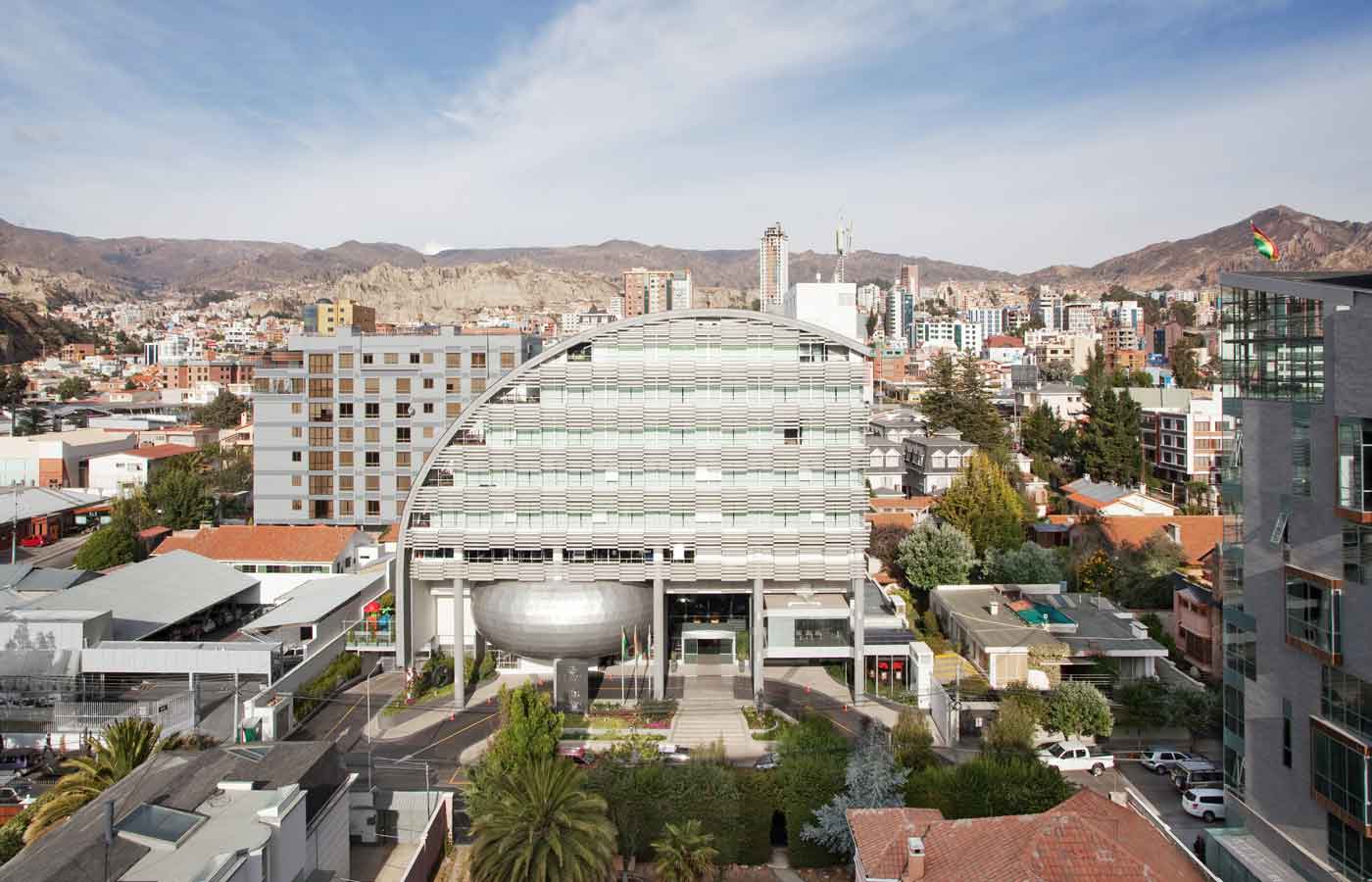 Slightly out-of-place-looking amongst the red brick jungle of La Paz, Casa Grande’s spaceship-like exterior is certainly eye-catching. Situated at the foot of the city’s surrounding mountains, 9km from Plaza Murillo and 11km from the Witches’ Market. 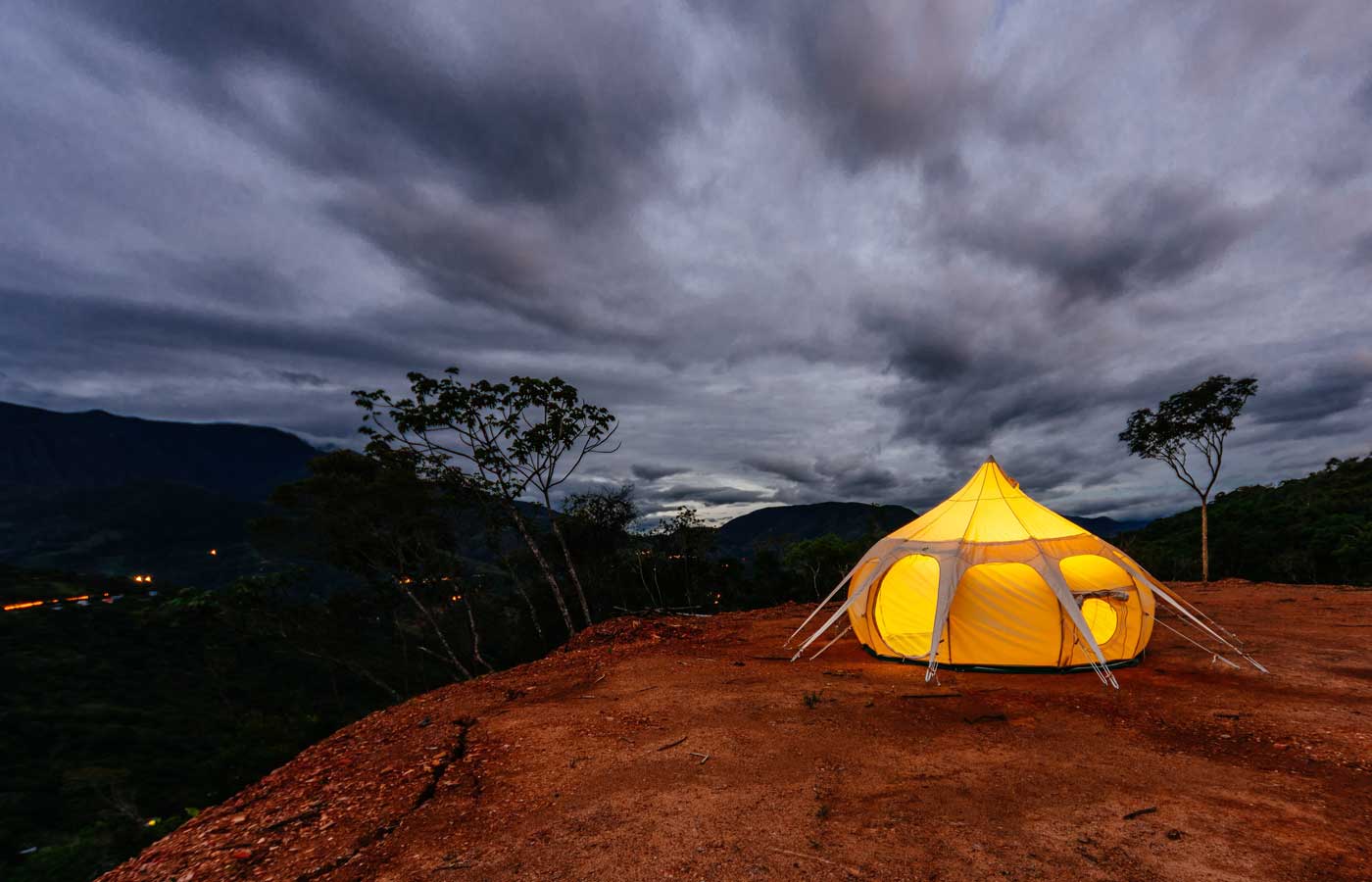 Spacious tents complete with a large double bed, luxury bed linens, a coffeemaker and cosy chairs offer the opportunity to enjoy comfortable accommodation in the most remote corners of Bolivia such as Lake Titicaca