Often neglected by tourists visiting Brazil, Minas Gerais offers the adventurous traveller a wealth of natural and urban delights more off the beaten track. Tucked inland, away from the beaches for which Brazil is most famous, Minas Gerais is a state of rolling green hills, endemic fauna and stunning waterfalls, rich in unique regional culture and colonial artistic heritage.

A hub of colonial splendour, the quaint 17th century towns that pepper the hillsides in this region owed their initial wealth to the economic boom that ensued following the discovery of gold in the mines here during the time of the Portuguese Empire. Until the last quarter of the 18th century, the mines in Minas were the source of over 50% of all the gold in the world. Having long been an influential city within Brazil, the Minas state capital, Belo Horizonte, is beginning to garner some international acclaim. Known as the ‘capital nacional dos botecos’ – (‘the national bars capital’), due to the fact it boasts more bars per capita than any large city in Brazil, Belo Horizonte is a city where people work hard, but play harder. As well as bustling nightlife, the city and its suburbs are home to numerous important parks, monuments and museums including the Instituto de Arte Contemporânea Inhotim, situated just outside the city and one of the most celebrated contemporary art institutions in the whole of Latin America. The real attraction of Minas Gerais however, is not its state capital but instead the state capitals of year gone by. Ouro Preto and Mariana both served as the state capital at one point in their history and together with Tiradentes, Congonhas, Diamantina and São João del-Rei, make up a group of colonial towns gathered along the Estrada Real, an old royal trade route for gold and diamonds, where baroque architecture of the highest quality and exquisitely ornamented colonial churches reign supreme. Ouro Preto, its name meaning ‘Black Gold’, boasts exceptionally pretty churches and a lovely old town with a laid-back vibe, frozen in time. The Praça Minas Gerais in Mariana is a stunning example of excellently preserved baroque design with the Casa da Câmara e Cadeira, the Church of São Francisco and the Church of Our Lady of Carmo all nestled around an old colonial town square.

For those interested in early modern art, the Igreja Nossa Senhora do Rosário dos Pretos in Tiradentes exhibits vaulted ceilings decorated with precious religious frescos and the Museum of Sacred Art in São João del-Rei hosts a varied collection of devotional artefacts from the colonial era. Built during 41 months as part of President Juscelino Kubitschek’s plan to achieve ’fifty years of prosperity in five’ for Brazil, the country’s sprawling administrative capital is a city that defies all conventionality. Constructed in the middle of plains land, miles from the nearest natural source of water – this modernist pièce de résistance is a mind-blowing feat of engineering and modern artistic ambition. Recognised by UNESCO for its unique and daring modernist aesthetic in addition to the artistic playfulness of its urban planning, Brasilia was planned and developed by Lúcio Costa and Brazil’s most famous architect, Oscar Niemeyer.  The architectural masterpieces of this futuristic metropolis are the Palácio da Alvorada, the official residence of the President of Brazil, the Palácio do Planalto, the Juscelino Kubitschek Bridge and the bizarre, tipi-like Cathedral. In total contrast to the harsh modernist angles of Brasilia’s urban jungle of metal and glass, upon undertaking a three hour drive out of the city, you will find yourself in another of Brazil’s vast and unspoilt wildernesses. Chapada dos Veadeiros is one of Brazil’s best-kept secrets; a sweeping expanse of rocky gorges, canyons, rivers valleys, striking waterfalls and red-hued cliffs carpeted with high-altitude ‘cerrado’ savannah vegetation. When the sunlight catches the imposing rock formations of this UNESCO World Heritage Site, they appear practically luminous, owing to the high quartz crystal content in the stone. Particular highlights of this region of exceptional natural beauty are the ‘Saltos do Rio Preto’ – two incredible waterfalls at 80 and 120 metres high, the Vale da Lua (‘Valley of the Moon’) – a surreal lunar landscape crafted by the movements of the São Miguel river, and finally, the Park’s unique and rare wildlife including the maned wolf, the greater rhea, the mysterious jaguar and various species of deer and hawks. 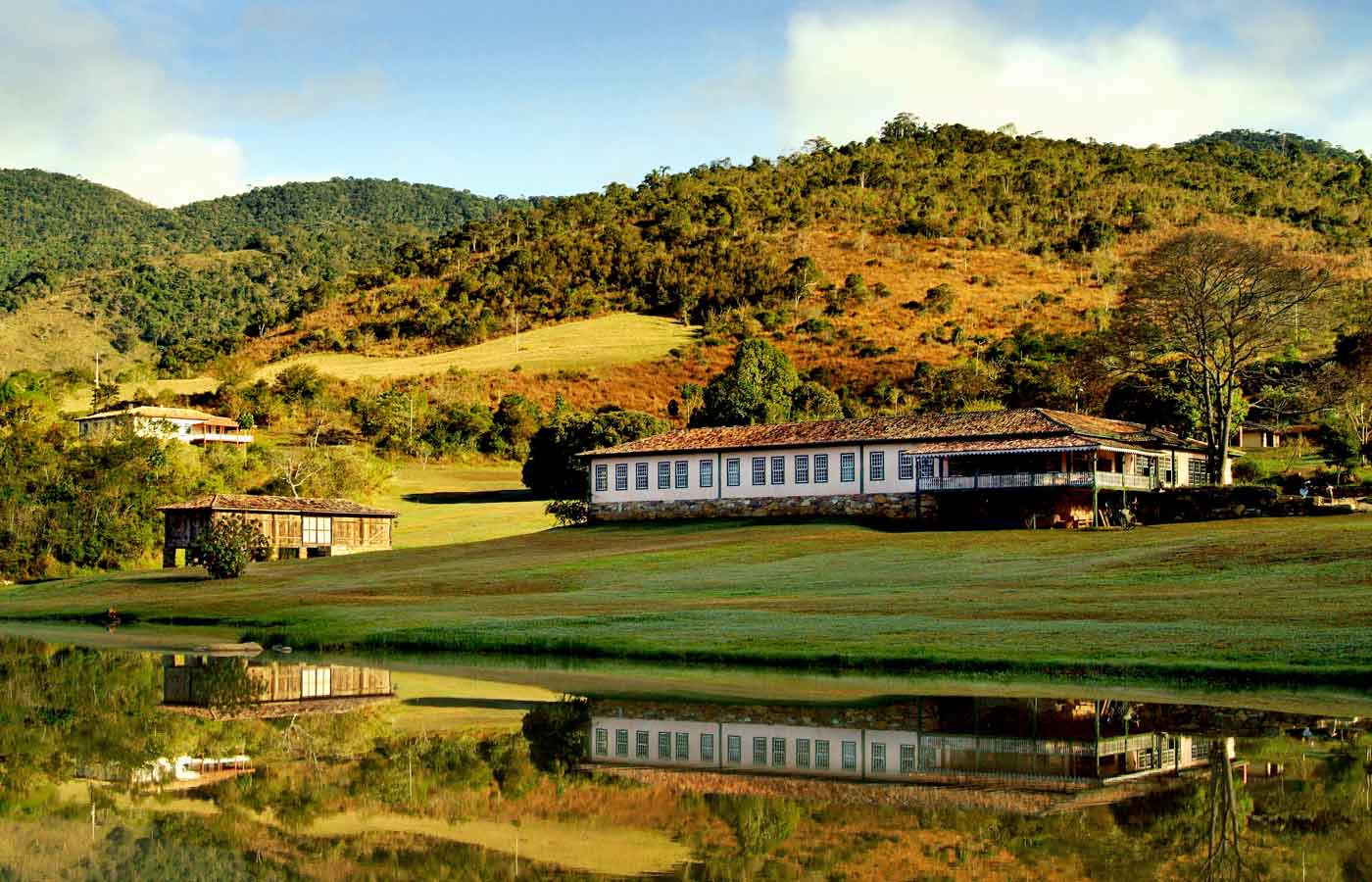 The Reserva do Ibitipoca is a wonderful 4000 hectare private preservation project in beautiful surroundings and containing one of Brazil’s finest small hotels perfect for a luxury retreat in nature. Located 3 hours north of Rio de Janeiro by car and easily reached from Juiz de Fora airport, the stunning Reserva do Ibitipoca offers visitors a slice of luxury in the Brazilian countryside. 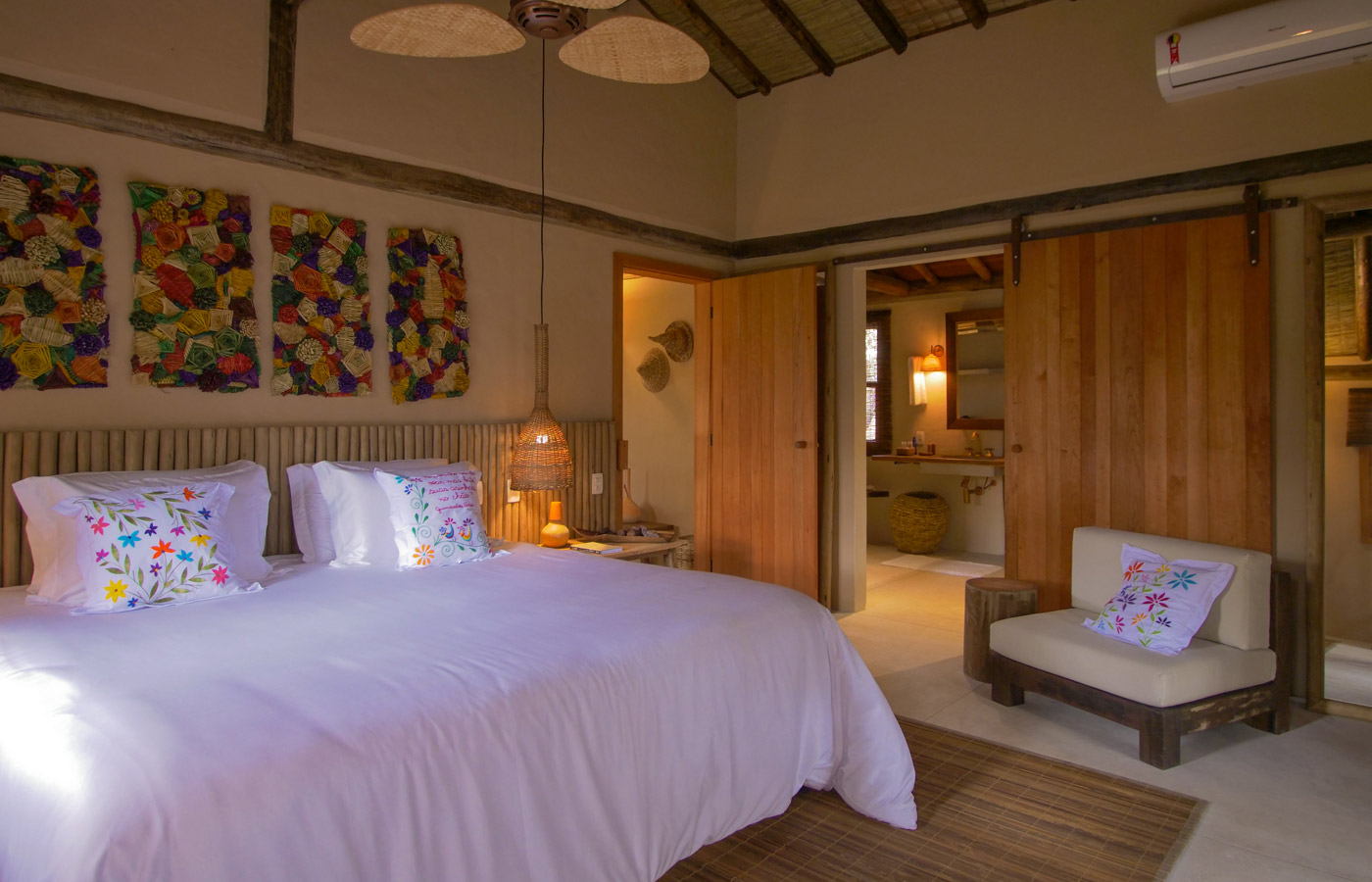 One of Brazil’s best kept secrets, the Brazilian cerrado, or savannah, is one of the most biodiverse eco-systems on earth. This natural paradise is a must see for those looking to enjoy a unique wildlife experience in Brazil. 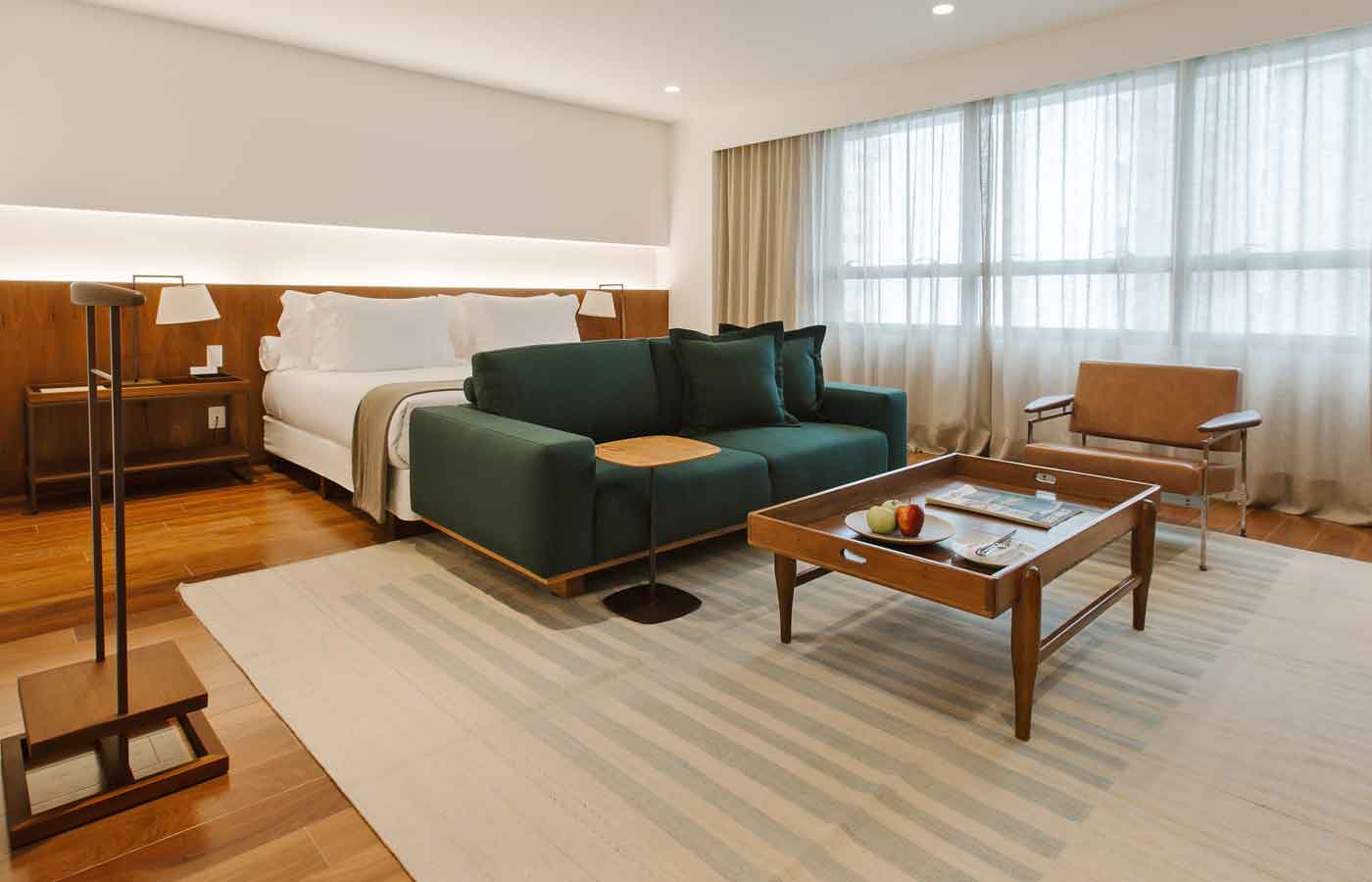 The Fasano is a brand new hotel bringing 5* luxury which the brand is famous for, plus exceptional service in the city of Belo Horizonte. With a variety of bars, shops and restaurants close by, the Fasano is perfect for those wishing to explore this relatively unknown city. 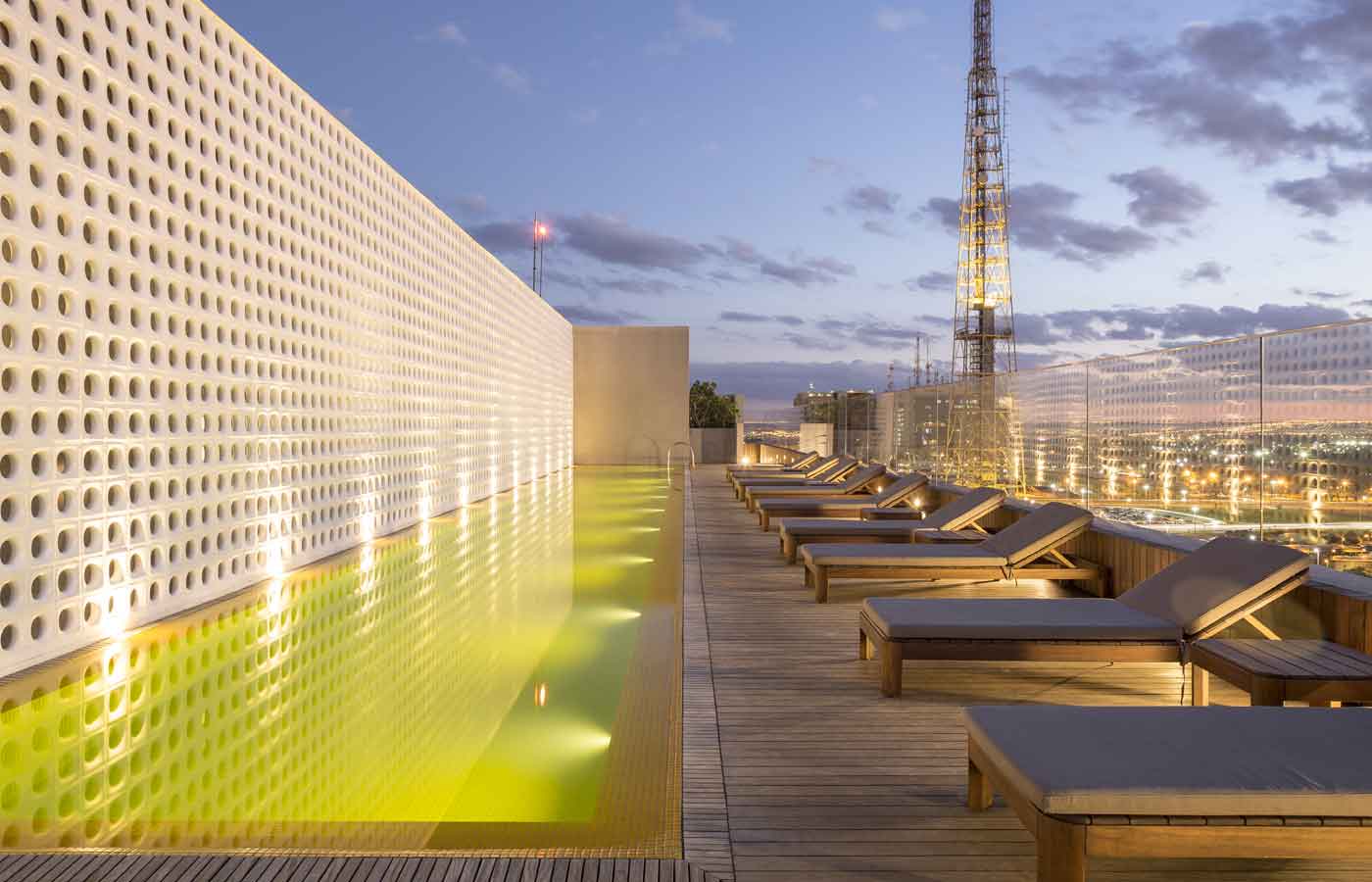 The opening of the brand new B Hotel in Brasilia was a much anticipated event, and now guests can finally stay here it doesn’t disappoint. Designed by the revered architect Isay Weinfeld, it is contemporary with a minimalist twist from the rooftop pool all the way down to the lobby seating.