The north-east of Brazil, from a tourist point of view, is all about the beach. The states of Rio Grande do Norte, Paraiba, Pernambuco and Alagoas form this corner of Brazil which juts out into the Atlantic Ocean and also include the archipelago of Fernando de Noronha, 350 kilometres off the coast.

The two biggest cities in the area are Recife and Natal which are beach destinations in their own right but better locations lie further afield. Recife, the Venice of Brazil due to its canal system, is certainly worth a visit during carnival time as they have one of the biggest carnival’s in Brazil which combines perfectly with nearby Olinda, the colonial jewel of the north-east. 45 minutes to the south of Recife is the town of Porto de Galinhas, one of the most popular beach towns in Brazil. The ‘port of chickens’ is named as such due to a history which dates back to the slave trade and now people flock to the region for other reasons. The offshore reef which runs down this part of the coast is a big draw as it traps thousands of colourful fish and enables fabulous snorkelling, close to the beach. Just south is Praia do Carneiros, arguably one of Brazil’s finest beaches. The road south of Porto de Galinhas leads into Alagoas state which is less developed with some wonderful little boutique pousadas and untouched beaches. The off-shore reef is still reachable from Maragogi whereas further south in Sao Miguel dos Milagres, tourists are at a minimum. Close to Natal, there are more wonderful beaches, perhaps the best known is the Praia do Pipa, 90-minute drive south of Natal airport. The town is a favourite with backpackers and surfers but has some excellent properties too for a luxury break.

Perhaps the star of the north-east Brazil is away from the mainland by taking an hour long flight to Fernando de Noronha. This is an archipelago of 21 different islands, albeit only one has accommodation on it, and is a protected marine park. Visitor numbers are restricted to the islands and there are only a limited number of hotel beds which makes Fernando de Noronha an exclusive destination.  It’s a favoured destination of celebrities, particularly over holiday periods. The main island is home to some beautiful beaches, including the Baia do Sancho, which is regularly voted as one of the top two beaches in the world. The islands are great for snorkelling, there are superb wreck dives just off-shore while many surfers head to the islands for the superb breaks. The north-east makes a perfect end to any trip in Brazil with lots of remote beaches and luxury properties. 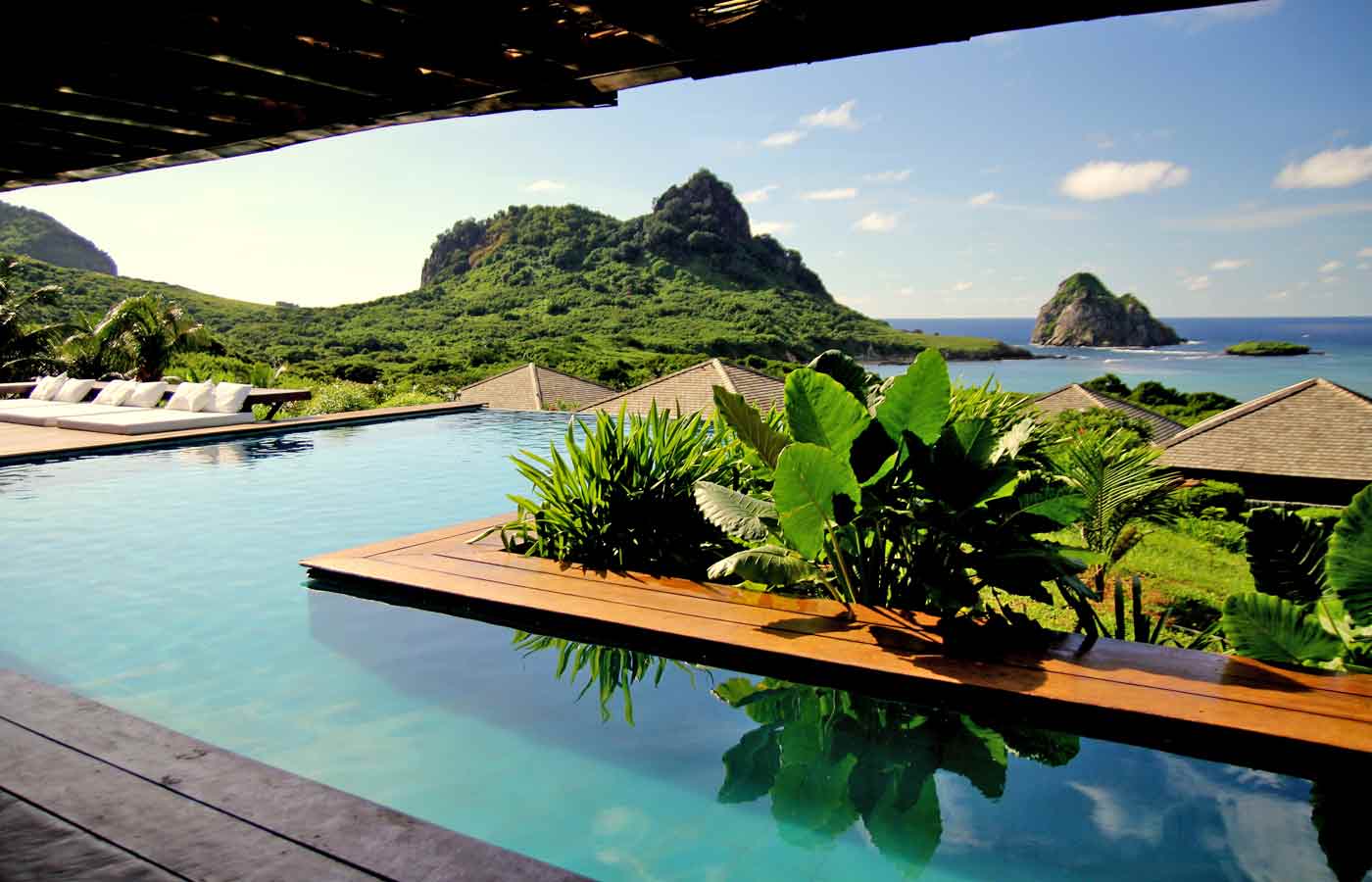 Pousada Maravilha is hidden on a beautiful Bay of the South eastern side of Fernando de Noronha, overlooking the turquoise water, dramatic sea cliffs, and volcanic rocks rising out of the blue waters. The Pousada Maravilha has just eight bungalows and apartments nestled into the hillside. 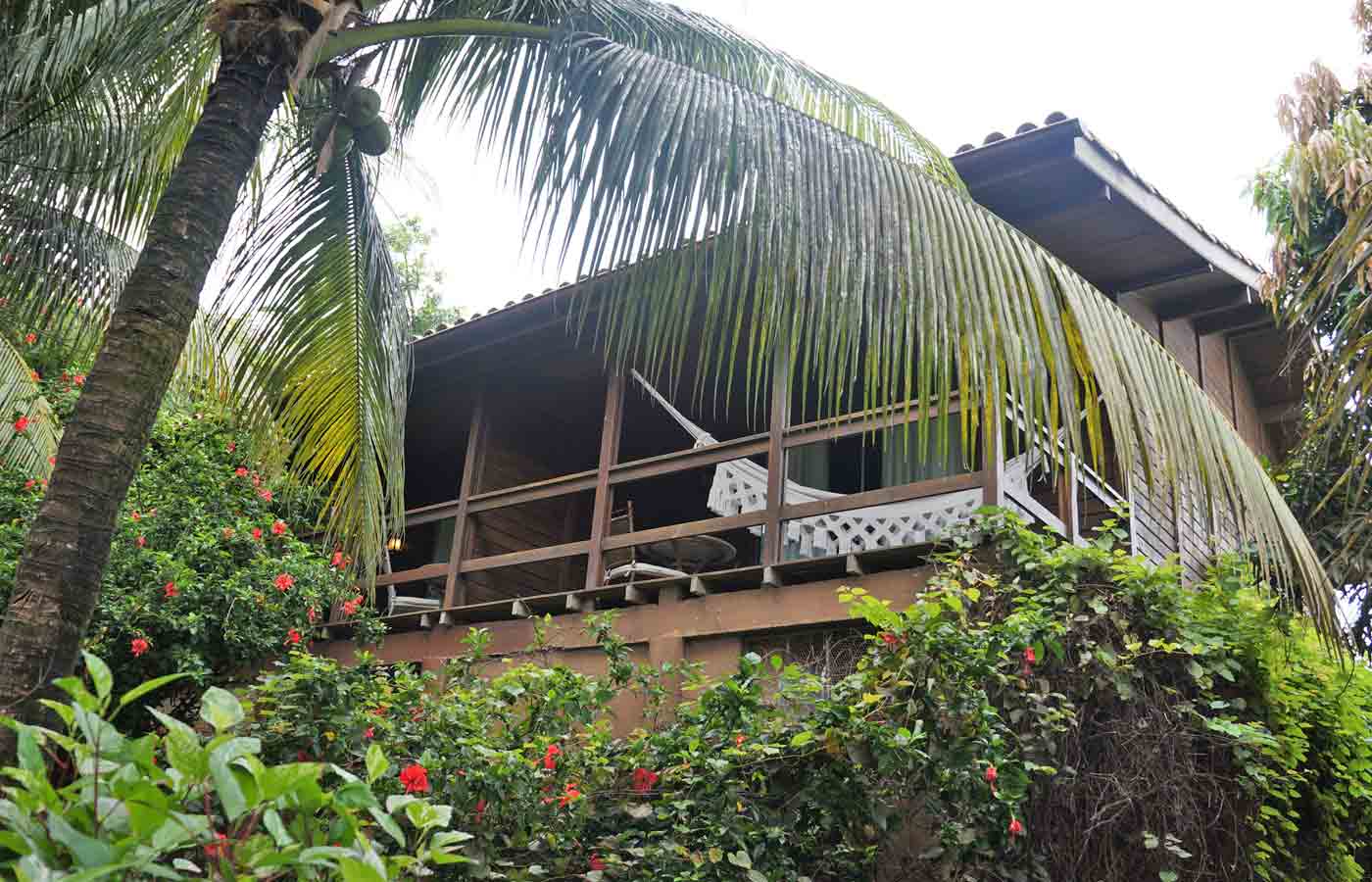 Nestled next to the Pico Hill, the Island’s most famous landmark, Pousada Ze Maria has been designed to perfectly integrate into its unique natural environment.  There was no removal of trees for the building of the properties, the swimming pool is designed in levels to fit perfectly into the staggered hillside and the bungalows have been built on stilts to ensure that the natural flow of water is not interrupted. 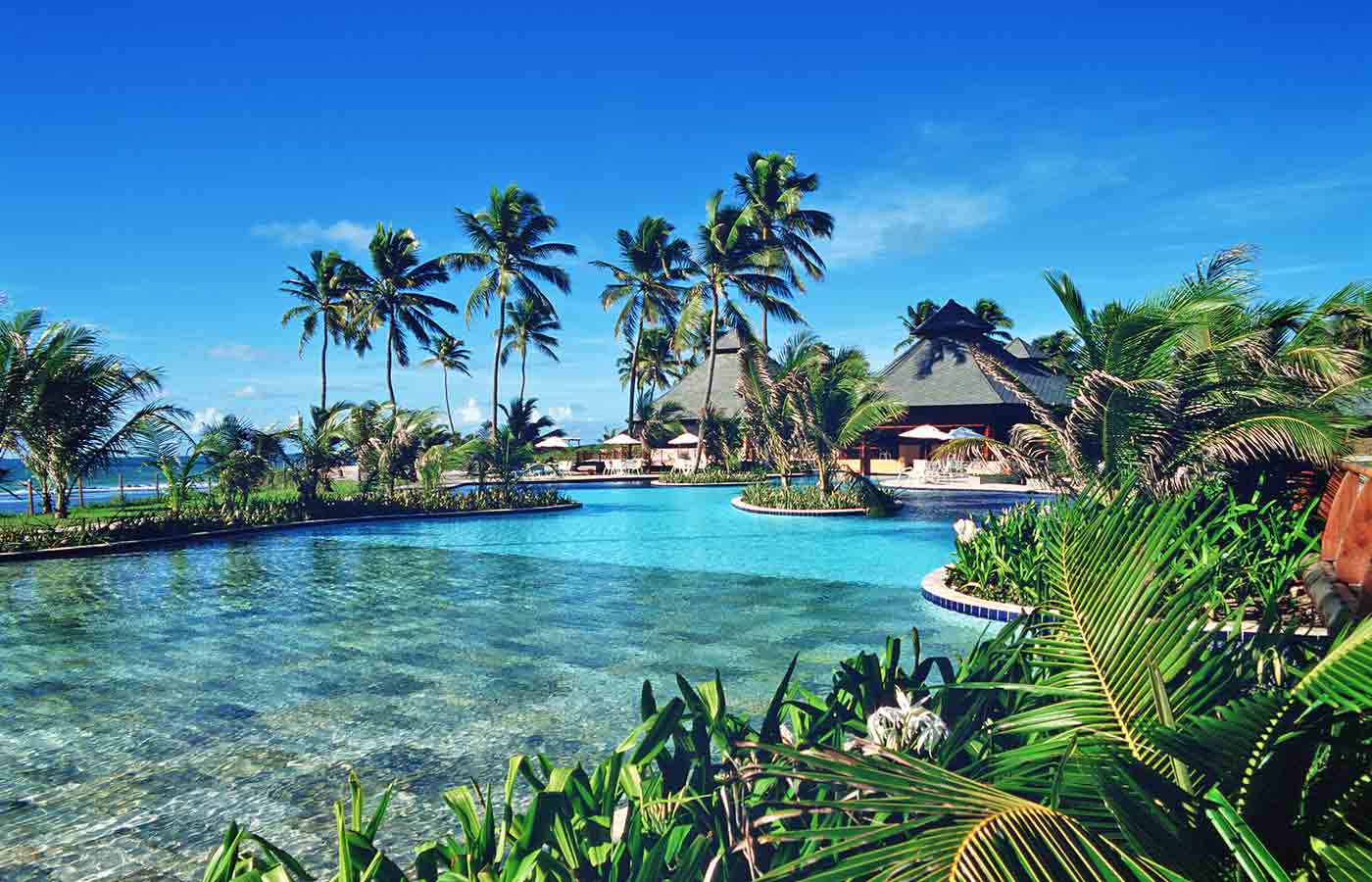 The Nannai Resort and Spa is nestled on the beautiful Muro Alto Beach, just 9km from Porto de Galinhas. Muro Alto Beach is made up of pure white sand, turquoise crystal-clear sea and coconut palms creating space for relaxing in the shade. This is a dream location on one of the most spectacular coastal areas of Brazil. 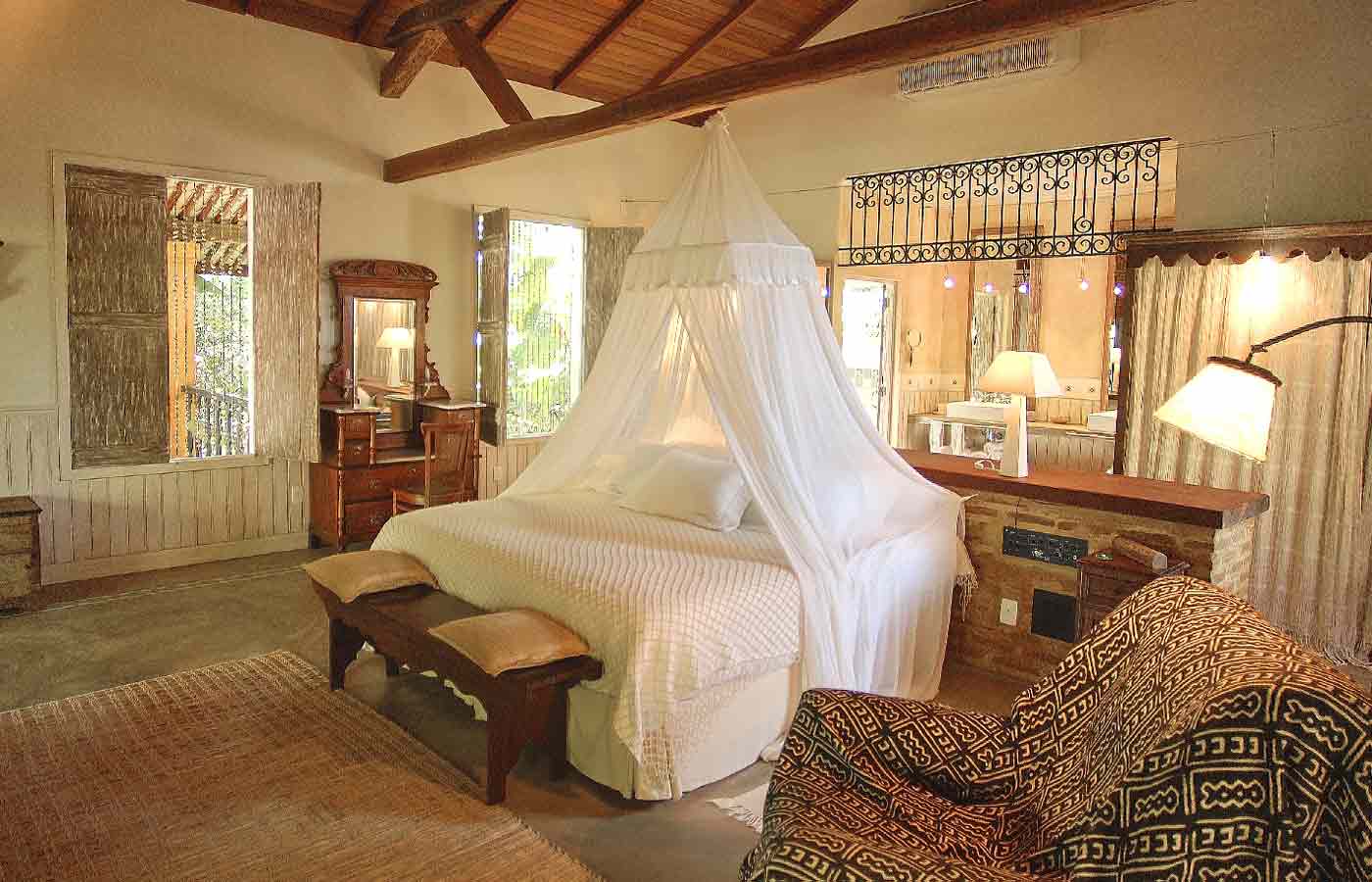 Perfectly placed in the lush Atlantic forest, the Toca da Coruja is a tranquil haven offering secluded swimming pools, luxurious bungalows and exquisite dining with easy access to the bars and restaurants of Praia da Pipa. Hidden in the depths forest, Toca da Coruja is an extremely private pousada and the perfect place to enjoy the beach and nightlife of Praia da Pipa and experience the wildlife of the region. 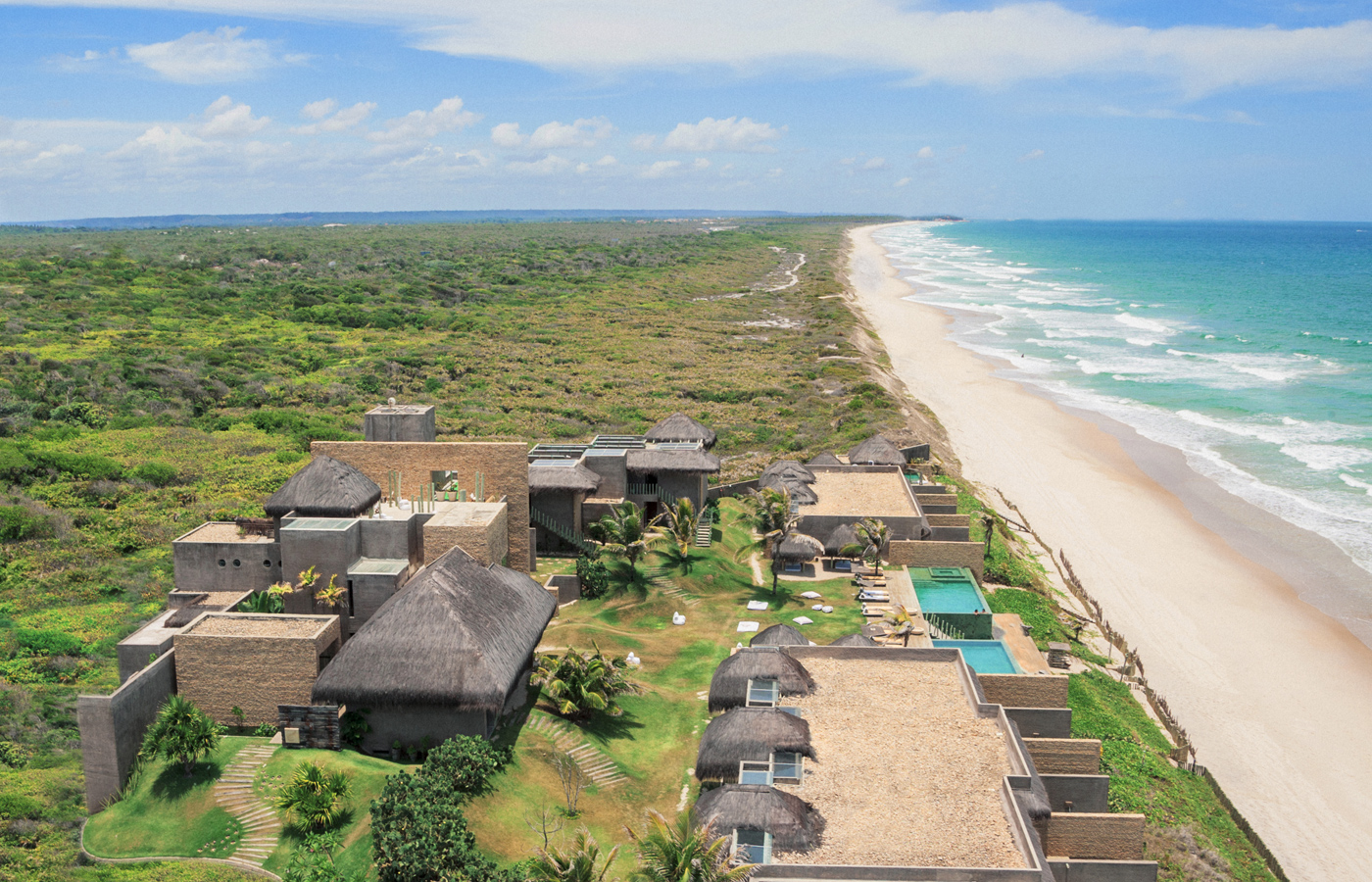 Located on the beautiful beach of Barra de São Miguel and next to a nature reserve, Kenoa’s ethos is based around the beauty of nature. The resort architect, Osvaldo Tenório excels in creating perfect harmony of high levels of comfort and luxury with respect and inspiration through his ecological design. 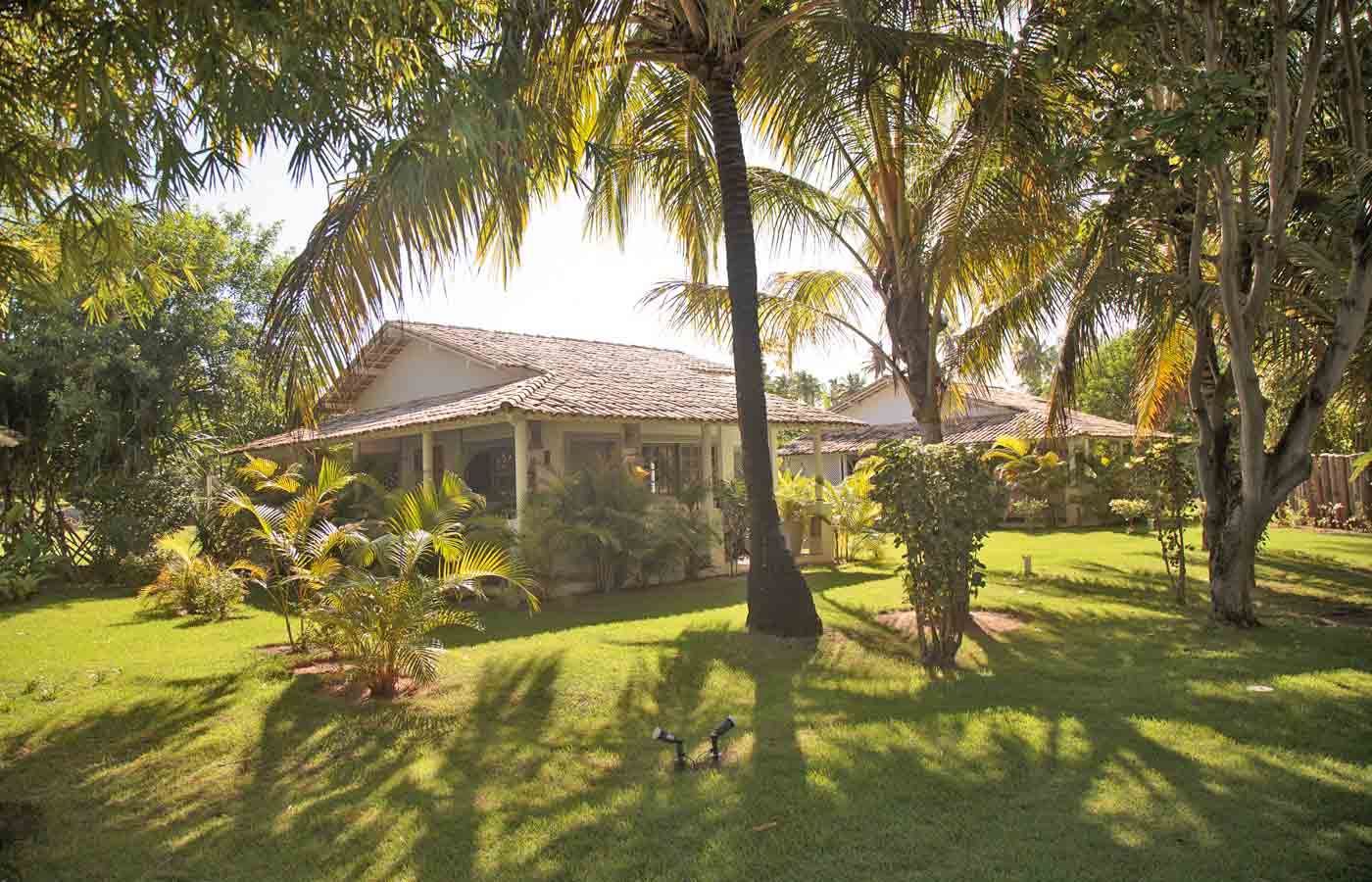 Perfectly nestled between tropical palms and the turquoise sea of Alagoas, Casa Acayu’s set of bungalows offer an ideal setting, extreme privacy and bespoke luxury.  The Portuguese owners of Casa Acayu have spent three decades working in the hospitality and interior design world and have used this knowledge and experience to create a beautiful masterpiece.