The brand new Sylvia Earle ship is designed with the protection and observation of Antarctica’s rich marine wildlife in mind.

Due to sail in October 2021, Greg Mortimer’s new sister ship honours the highly accomplished marine biologist, oceanographer and explorer, Sylvia Earle. As the first female chief scientist of the U.S. National Oceanic and Atmospheric Administration, and named by Time Magazine as its first Hero for the Planet in 1998 – this vessel pays tribute to Sylvia’s long standing conservation efforts for marine protected areas and ocean wildlife. Sylvia Earle will be actively involved in the development of her namesake.

Whether it’s gathering in the modern lecture theatre to learn about the wildlife that you are about to see, photographing whales from its viewing platforms or preparing for your next shore excursion, the Sylvia Earle takes expedition cruising to a new level.

At just 104 metres (340 feet) long, the Sylvia Earle ship carries a maximum of 120 expeditioners to the polar regions. As one of the smallest ships in the polar expedition cruising fleet, its size and modern ice-strengthened hull (Class 1A, one category below a full ice-breaker) give you the ability to explore those places that larger ships can’t reach. In addition, thanks to its unique, patented X-Bow®, it is capable of fast, comfortable transit speeds with less fuel consumption and reduced emissions. 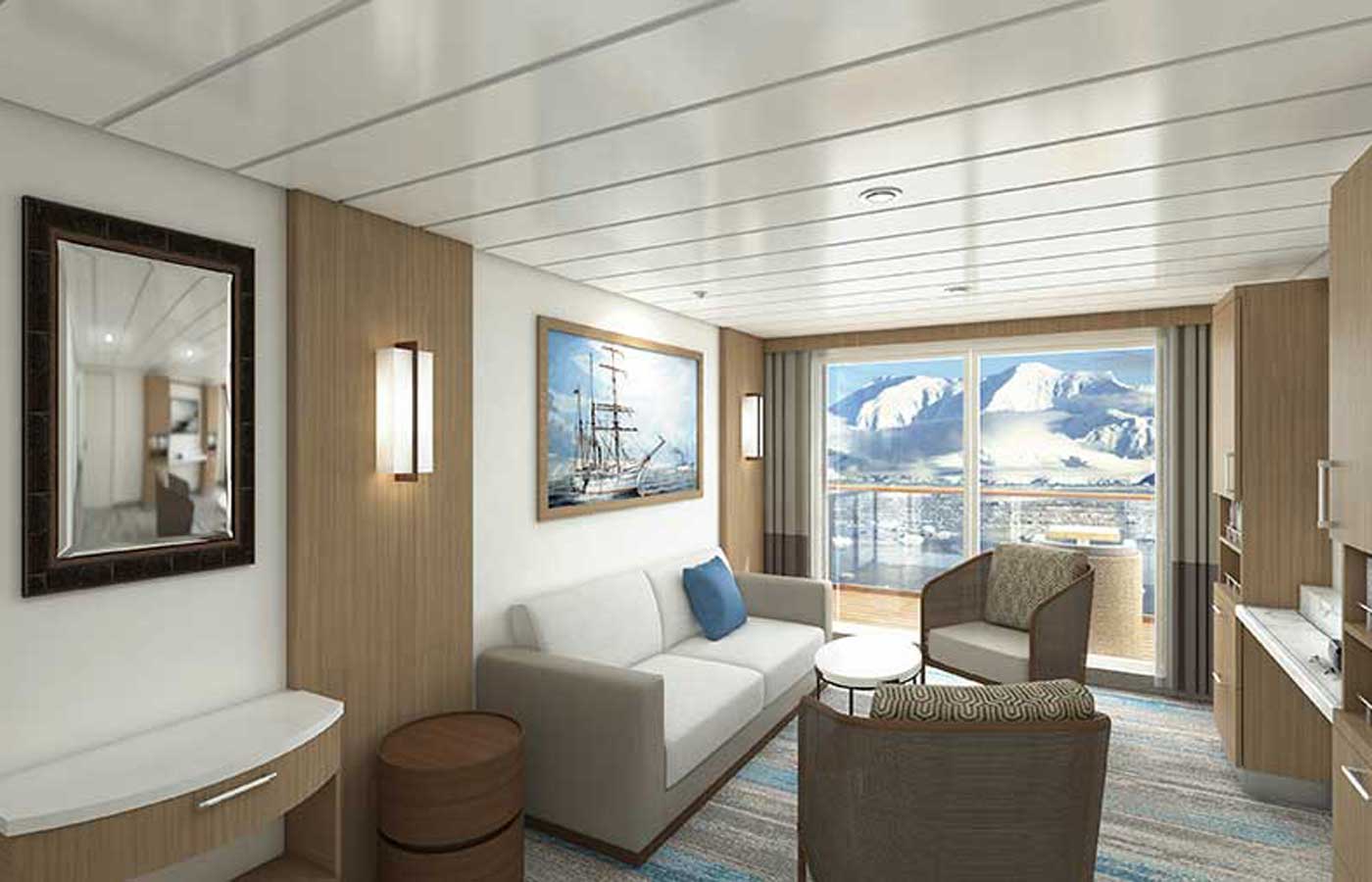 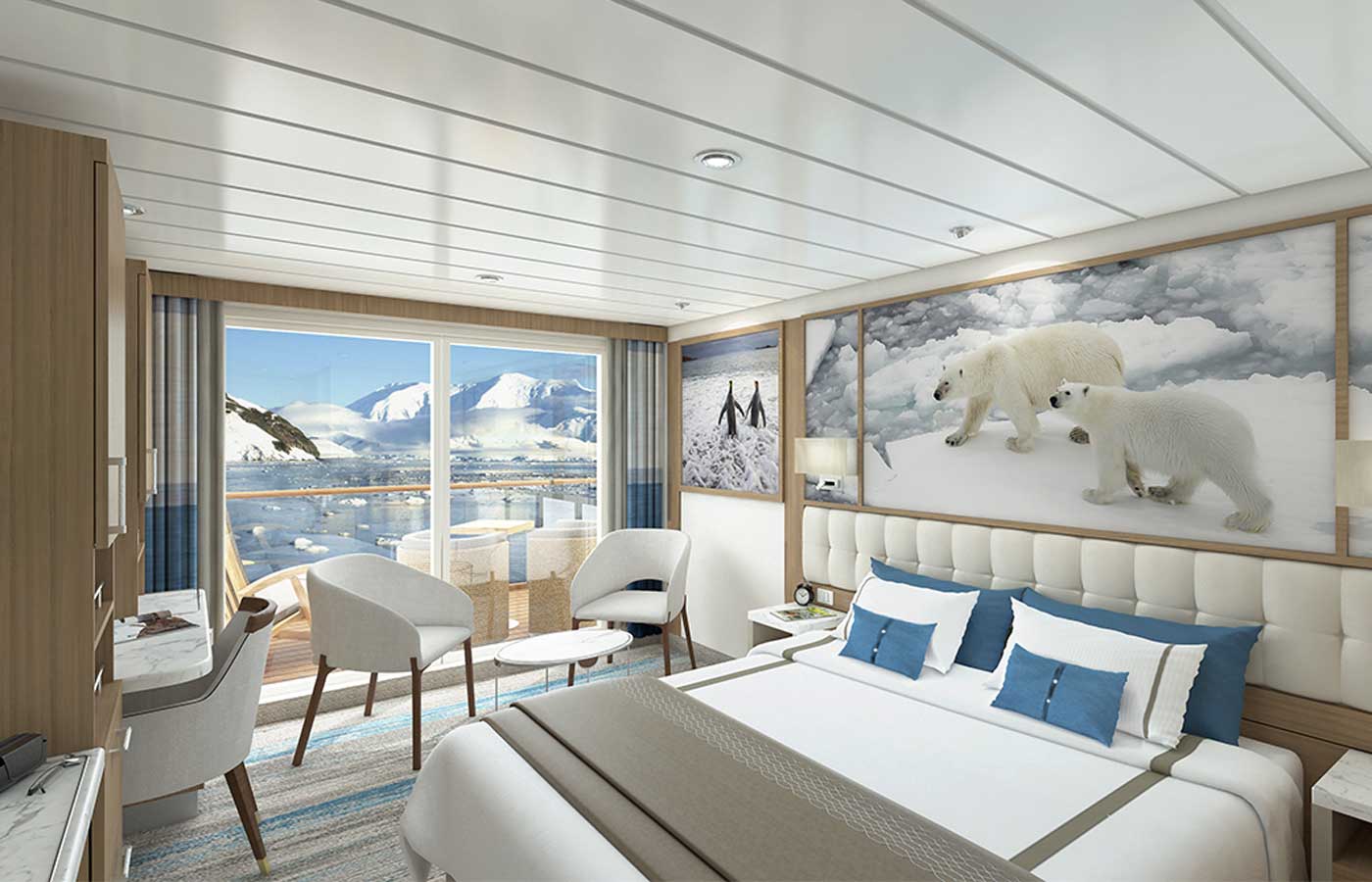 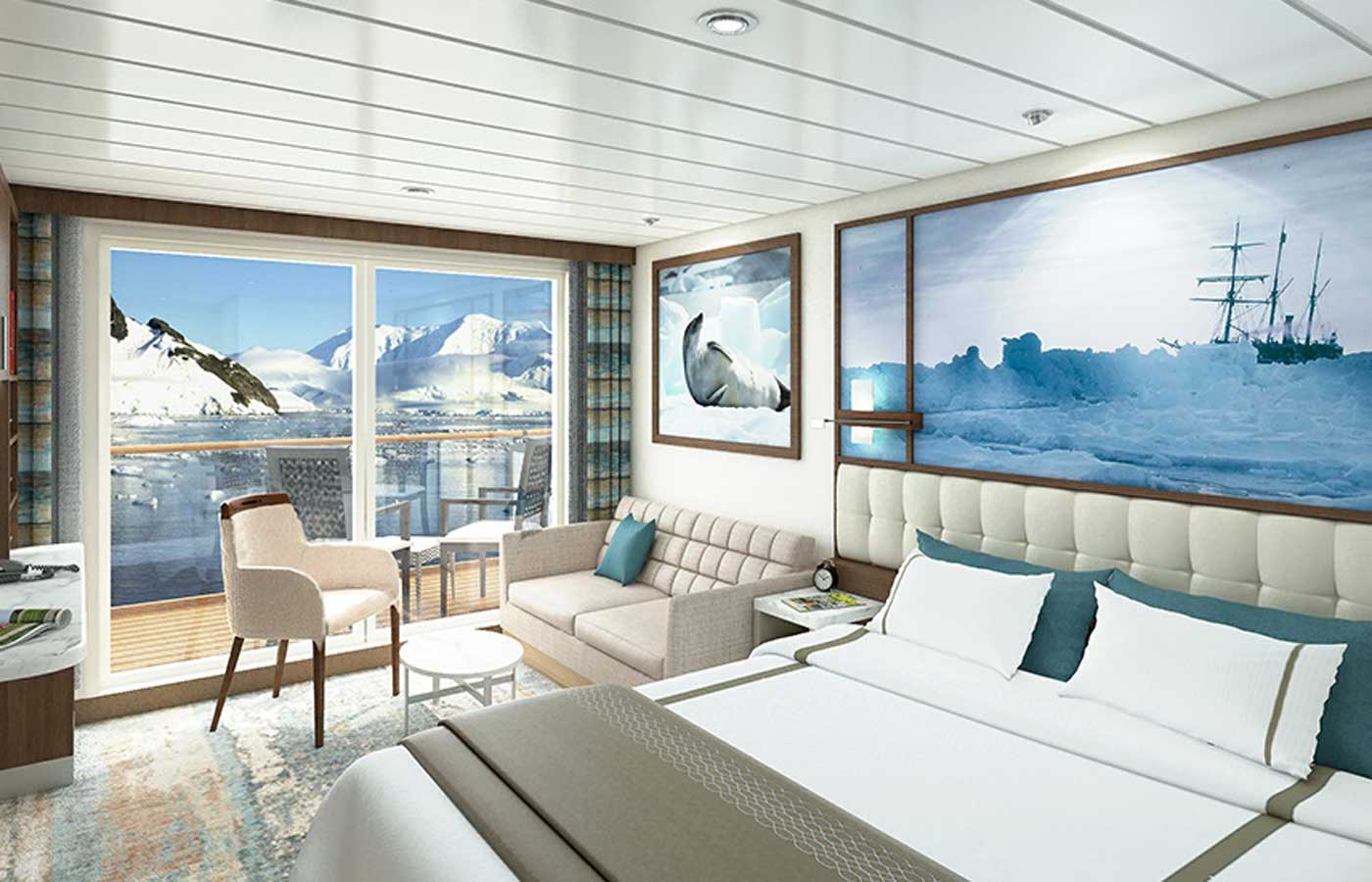 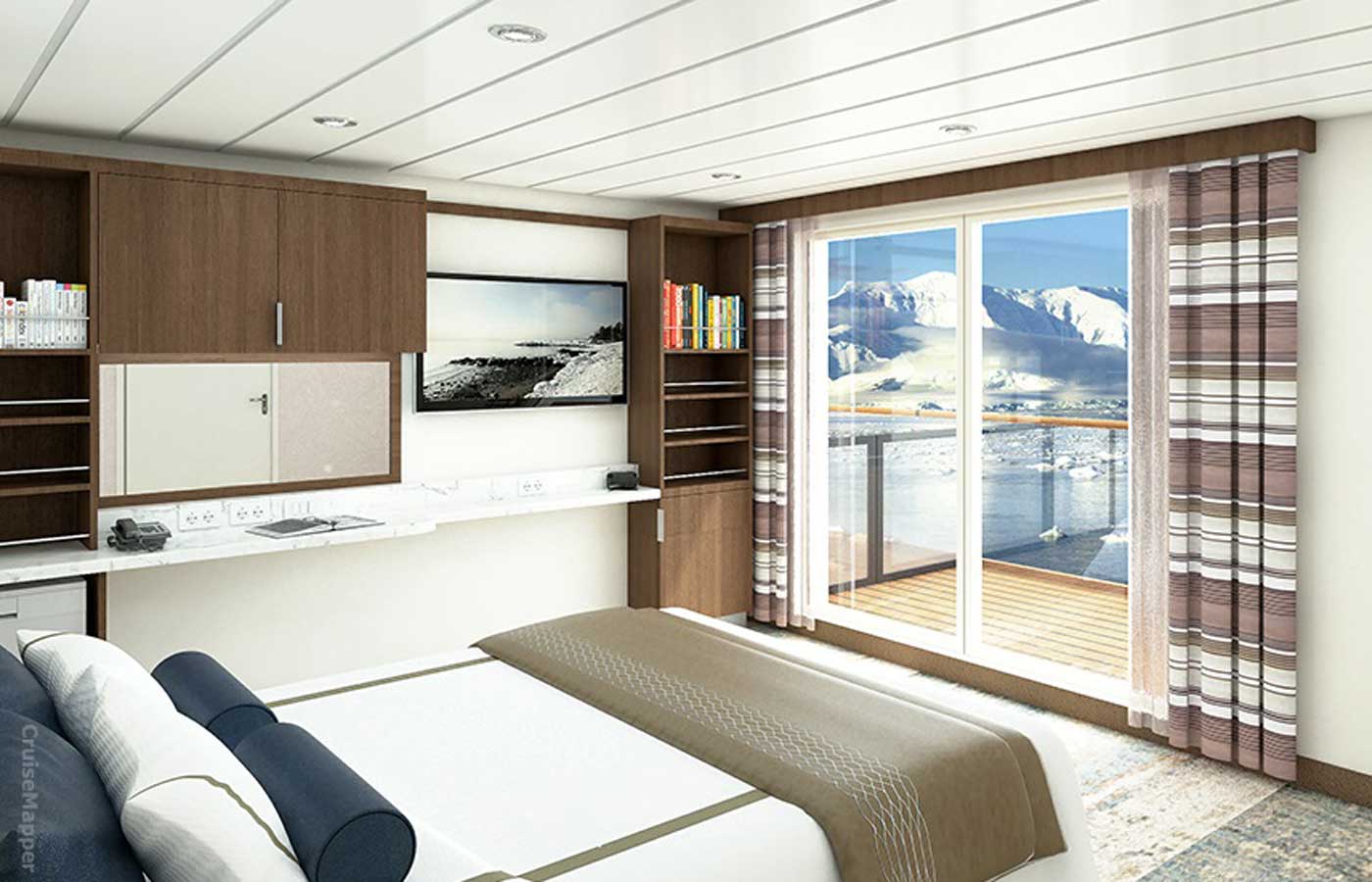 Balcony Staterooms A, B and C 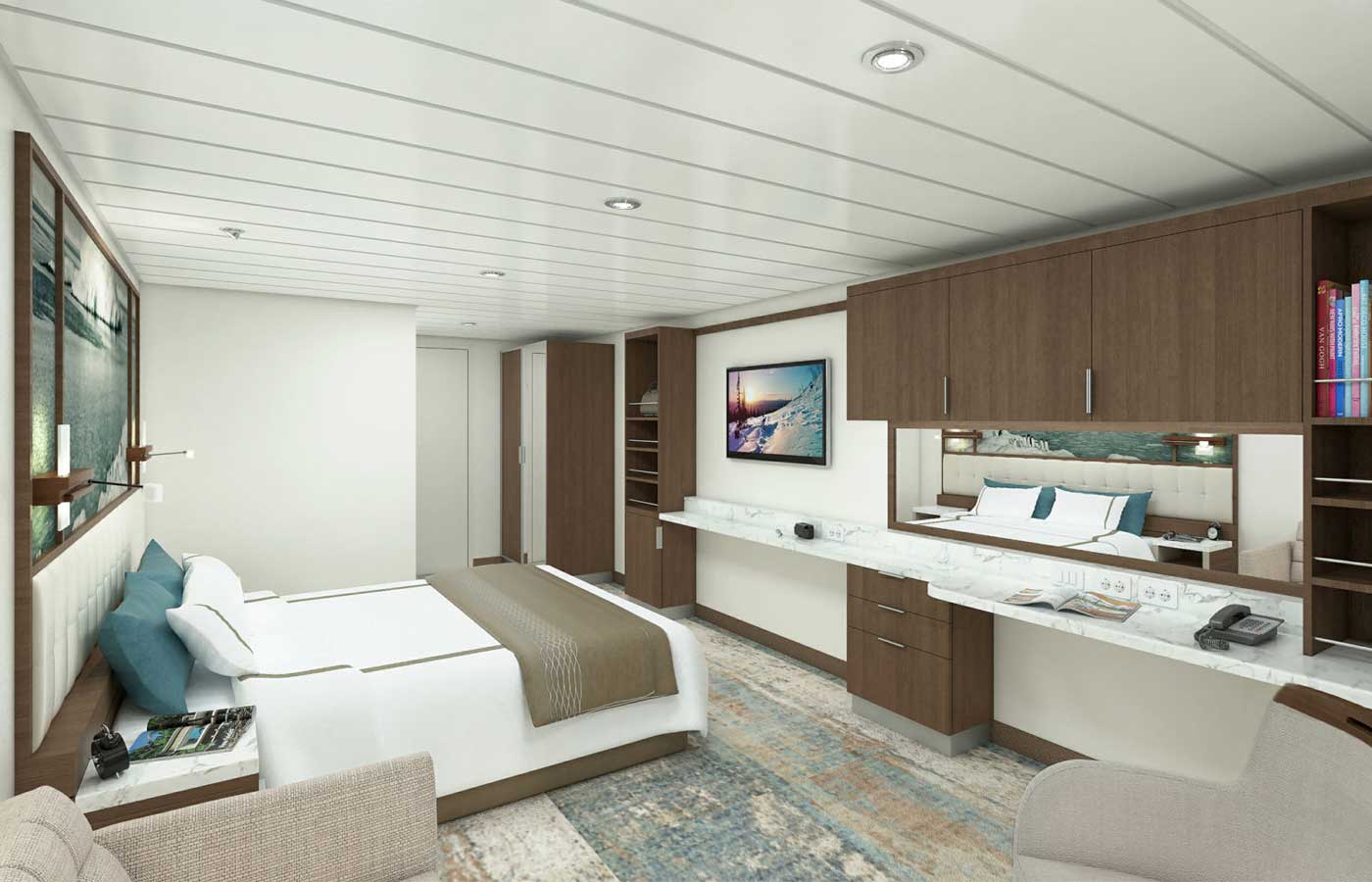 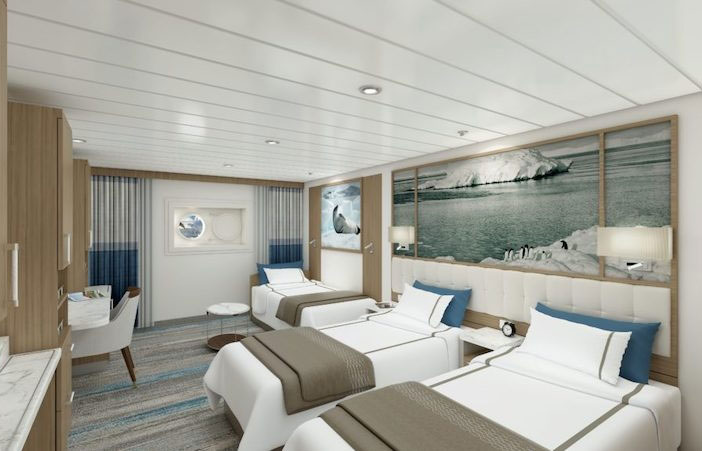 VIEW OTHER LUXURY CRUISES TO ANTARCTICA 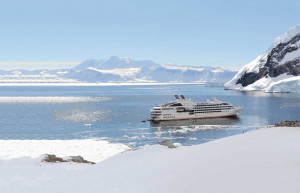