The Salar de Uyuni – How to Do It

Home/Bolivia/The Salar de Uyuni – How to Do It

A shimmering white expanse of salt crystals in a naturally perfect honeycomb pattern: everything about Uyuni’s famed salt lakes are almost extra-terrestrial. Humboldt specialist Clara takes a look at the best way to explore this magical region.

Bolivia is challenging. It is stubborn, chaotic and sometimes frustrating; however, as an ex-resident of this incredible landlocked Andean nation, I can confirm that travel here is exceptionally rewarding. Home to some of the most whimsical and extreme landscapes in the Andes, arguably the main reason travellers visit Bolivia is to see the world-famous Salar de Uyuni (Uyuni Salt Flats). Once the preserve of the backpacker only, the Salar is increasingly attracting luxury travellers who can now stay in style amongst this spectacular landscape. Here is my guide to making the most of your visit to the largest salt lakes on Planet Earth: 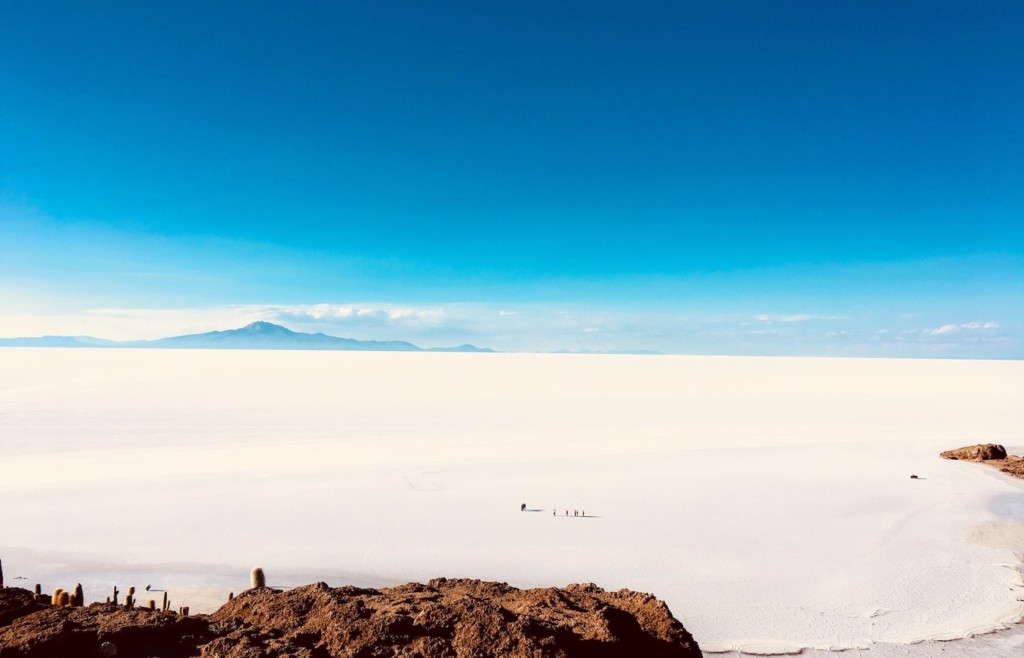 How Do I Get There?

The small altiplano town of Uyuni is situated in the south of Bolivia, a day’s drive from Potosí and the north-eastern Chilean border. If travelling from the east of Bolivia, you can fly to Uyuni from Santa Cruz (via La Paz), or travel on an overland tour from Sucre, with a night’s stop in the colonial city of Potosí. Most passengers will travel to Uyuni after exploring Bolivia’s Andean capital city of La Paz, meaning that the easiest way to reach this sleepy town would be a short direct flight operated by Amaszonas or Boliviana, Bolivia’s two major internal airlines. The flight takes around 45 minutes in total and saves travellers an unappealing 18-hour overnight bus ride! 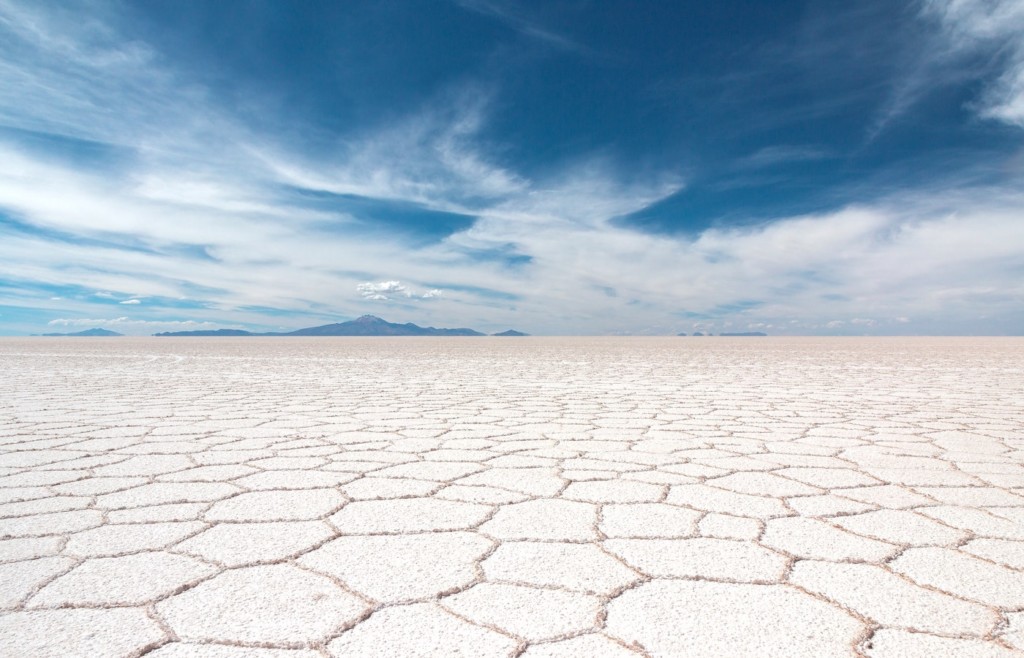 When Should I Go?

There are very few ‘bad’ times to visit Uyuni and its dramatic surroundings: each season offers something slightly different on the salt flats. During the dry season which runs from April to November, travellers can expect to see the salt lake’s cracked honeycomb effect and the drying salt crystals shine brightly, pure white, in the brilliant sunshine. This season is perfect for taking the playful ‘perspective’ photos for which Uyuni is famous, where the lack of perspective on the white-out horizon offers opportunities for creative groups to produce one-off lasting memories. For the best climate conditions and the most comfortable temperatures, we recommend visiting between September and November. On the other hand, many visitors – certainly photographers, wish to see the giant mirror effect of the salt flats when they are wet. When the rain falls, the thin layer of water atop the salt crystals reflects the image of the mountainous horizons and the clear night skies in the Andes. This otherworldly effect can be observed in the wet season from November to the beginning of April. Whilst we recommend avoiding January and February, the wettest months when parts of the flats are inaccessible, April is a wonderful month to visit. Being on the cusp of the dry season means that visitors are likely to see both bright white dry days and the giant mirror effect after a rain shower. 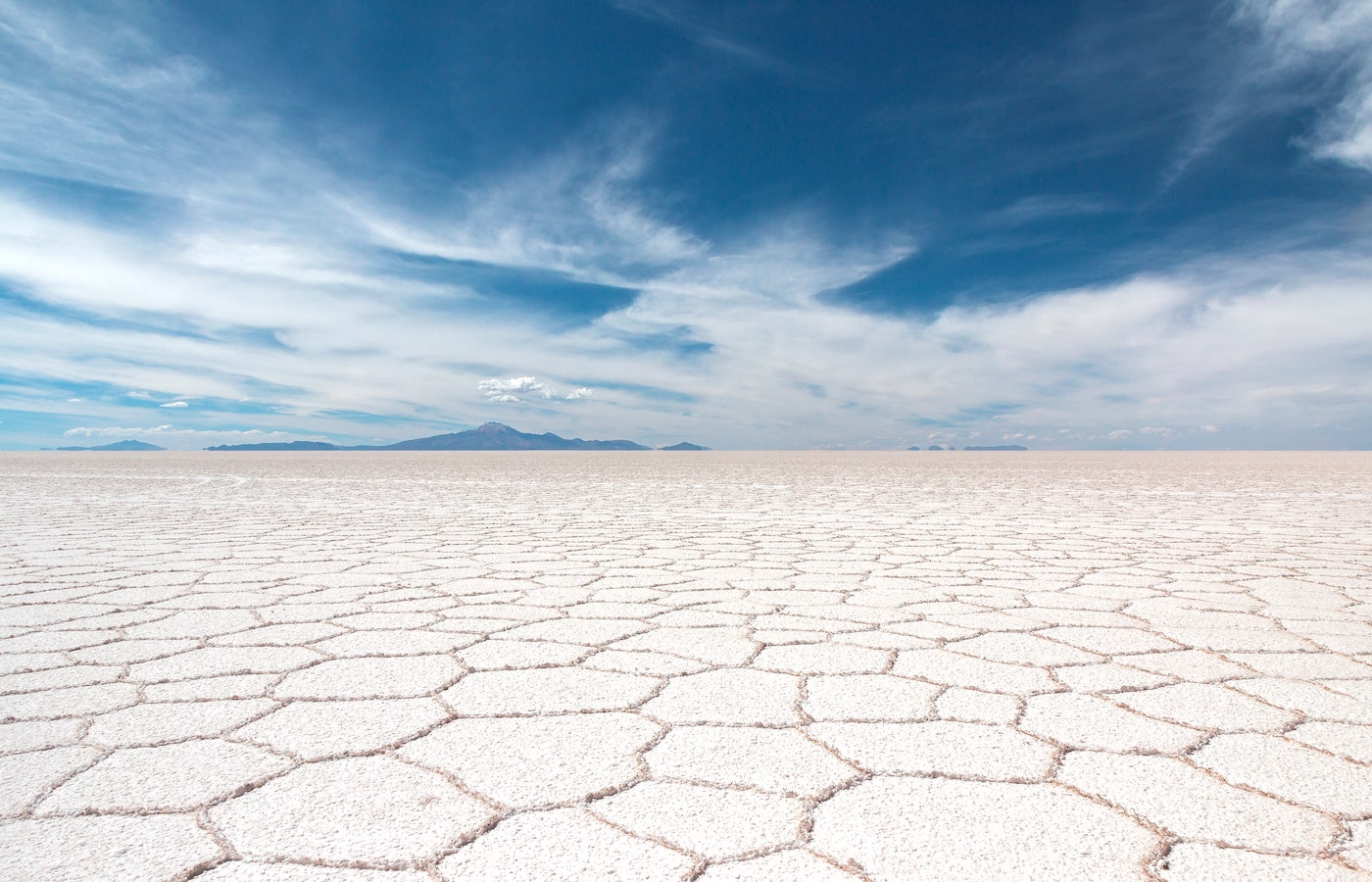 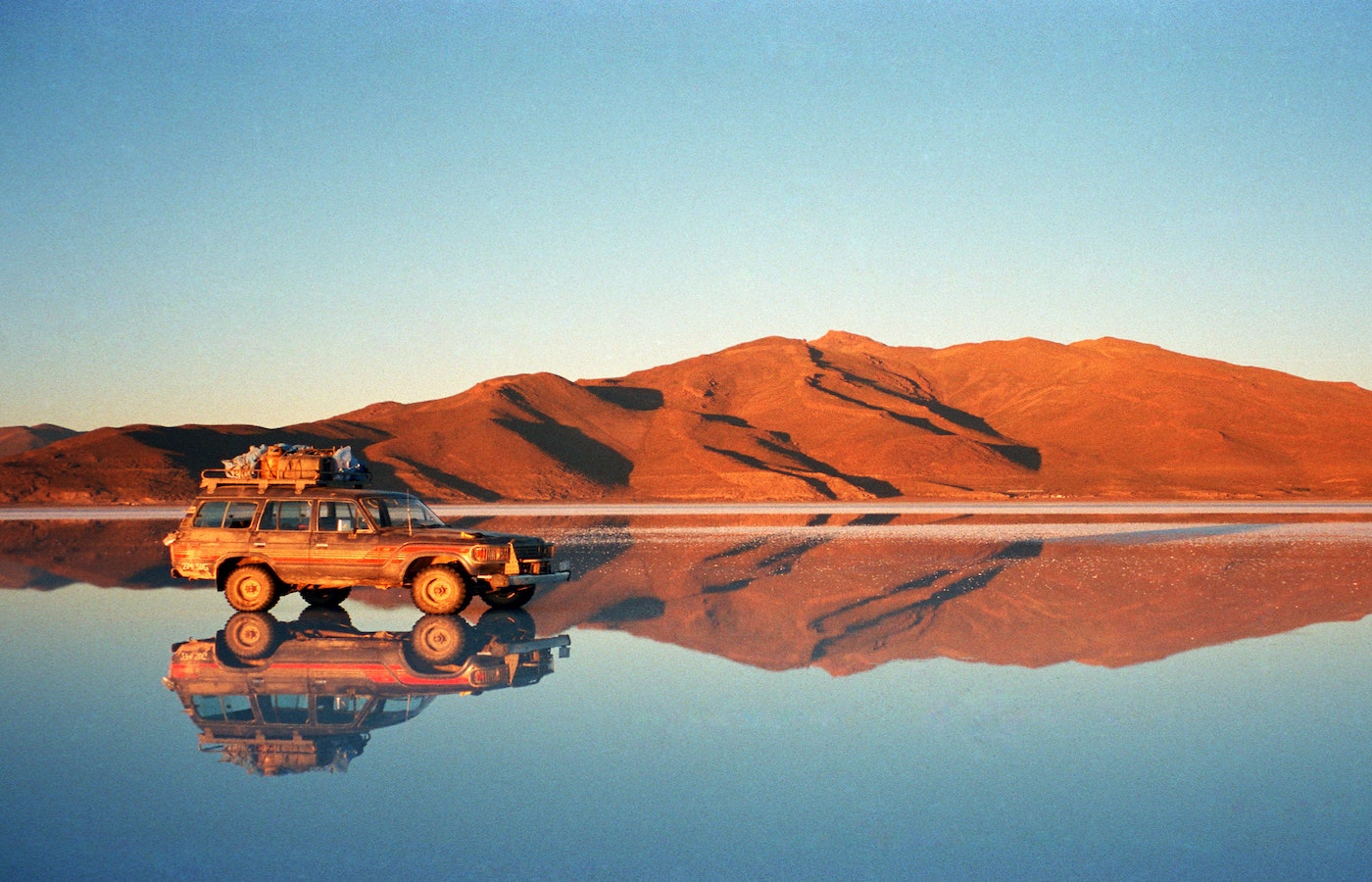 What Is There to See?

A common mistake made by travellers to Uyuni is legislating for too little time in this region. Whilst it is true that the Salar itself and its major highlights can be seen in two days or so, many of the most magical of the altiplano’s landscapes lie beyond the Salar, and require travellers to dedicate another one or two days to push further south toward the Eduardo Avaroa National Reserve, bordering Chile’s Atacama Desert.

The Salar de Uyuni is the largest salt lake in the world and there is plenty to see here. From the shimmering surface of the Salar itself, to the quaint salt-processing town of Colchani and the eerie industrial skeletons of the Train Cemetery. Driving across the flats can bring guests to the fabulous Inchuasi Island, which is dotted with hundred-year-old giant cacti; the caves of the Coquesa mummies; and the slopes of the striking Thunupa Volcano. 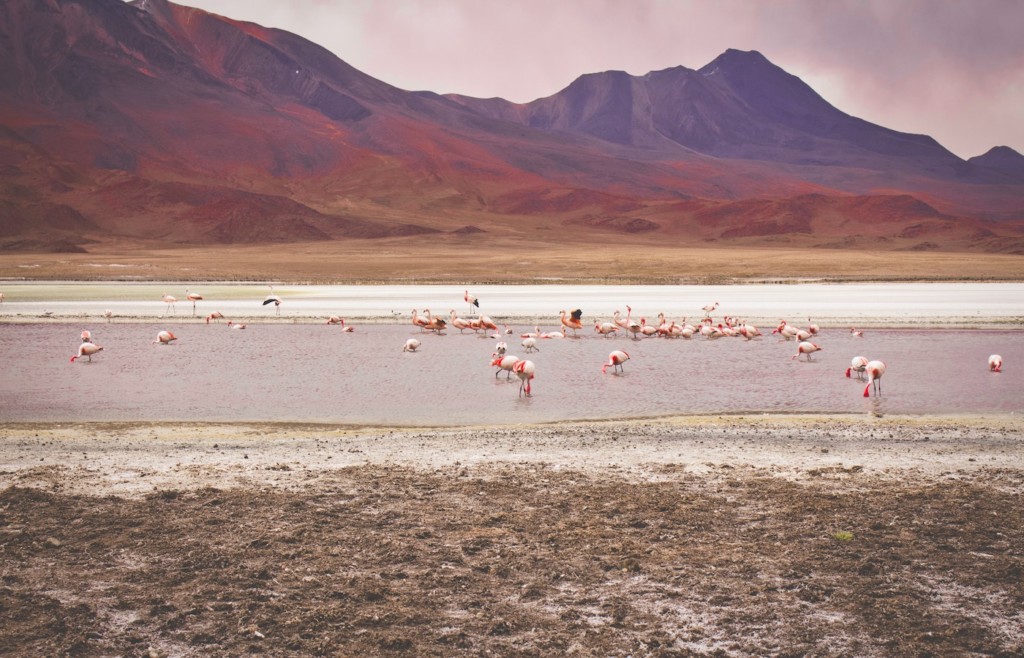 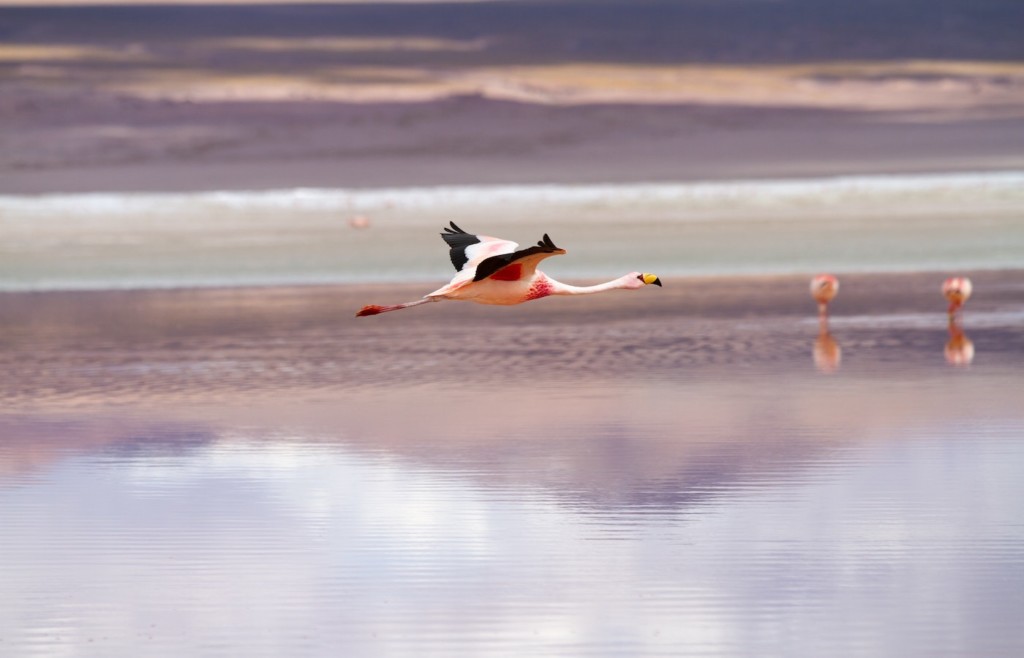 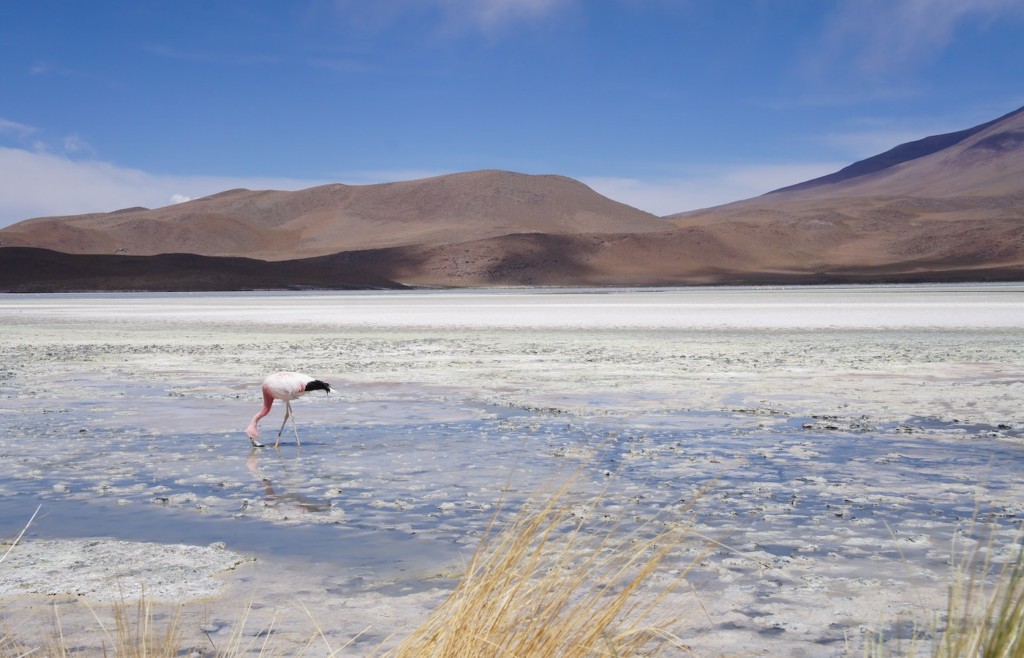 Heading south, the attractions just pile up. The pastel-coloured, flamingo-laden lagoons of the high Andes; the towering wind-sculpted rock formations of the Valley of the Rocks (Valle de las Rocas) and the Stone Tree (Arból de Piedra); the charming twin bell towers of San Cristóbal’s town church; the dusty valleys surrounding the Licancabur Volcano on Chile’s border; and the geothermal baths and geysers of the Sol de Mañana are just a few of the things that visitors can enjoy before reaching the Eduardo Avaroa Fauna Reserve itself.

All in all, I would recommend at least four nights in this region to tick off all the major highlights: two on the salt flats and two further south on the altiplano. 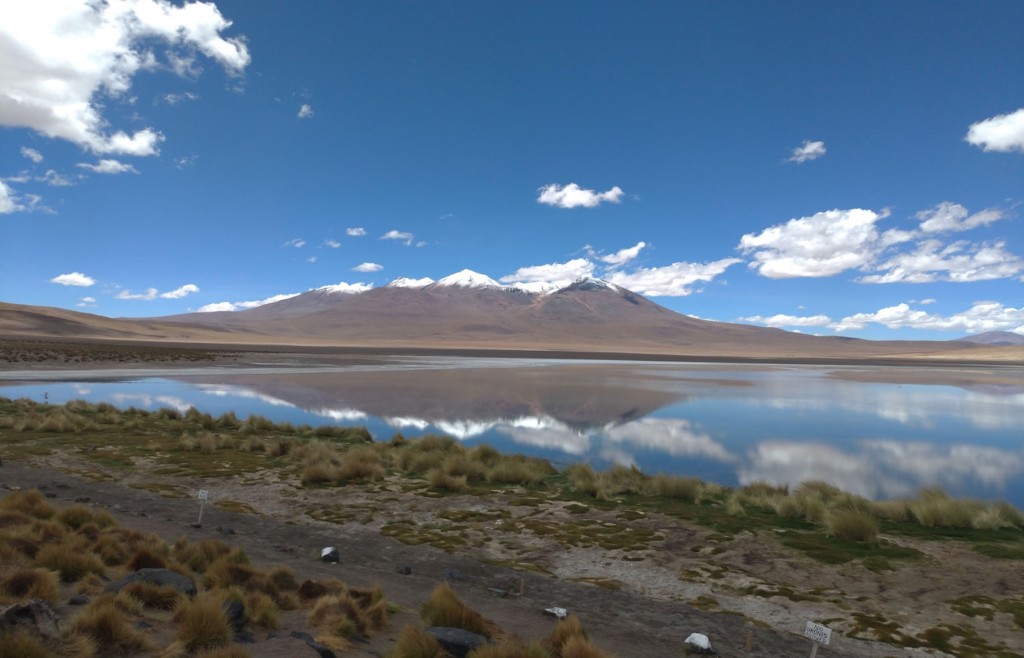 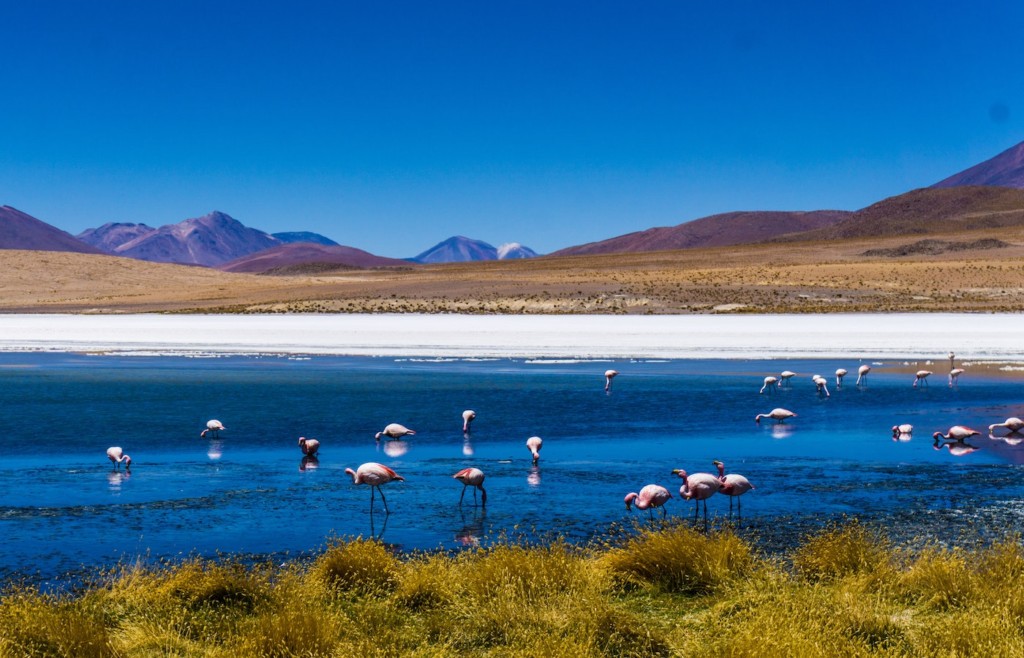 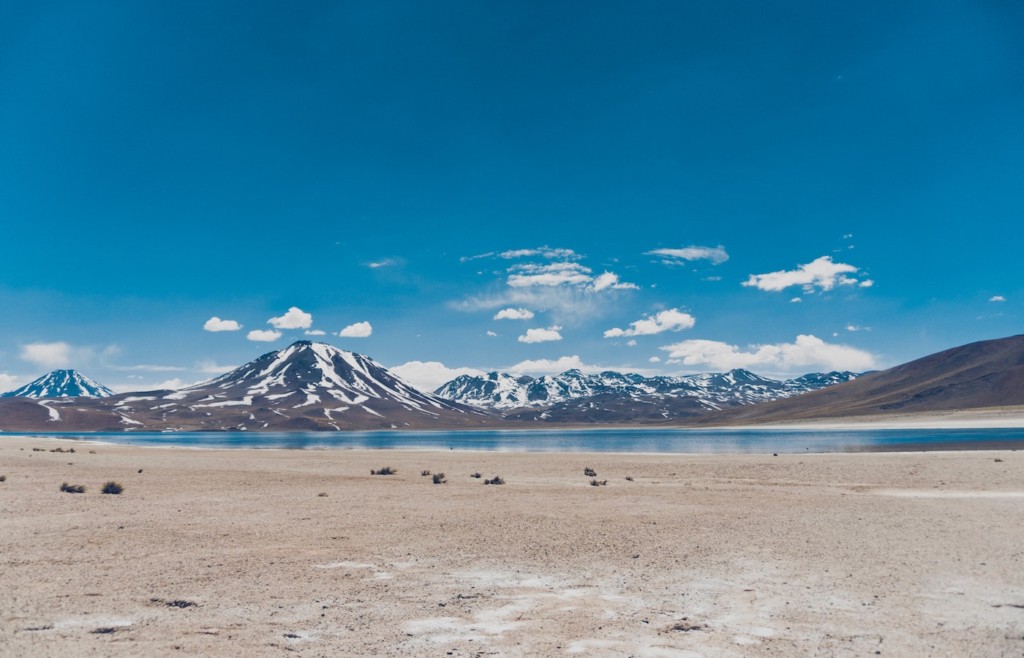 Where Should I Stay?

Finally, the Salar de Uyuni is able to offer truly unique luxury experiences for high-end travellers. For those seeking something extra quirky, we can recommend a ‘glamping’ stay in a deluxe airstream campervan. Alternatively, the avant-garde Kachi Lodge offers a glamping/hotel crossover experience with cuisine from Bolivia’s best restaurant, Gustu, based in La Paz. Those looking for something more traditional might prefer a stay in one of the region’s more comfortable salt hotels, constructed entirely out of salt bricks from Uyuni itself, such as Luna Salada or the Palacio de Sal.

Further south on the altiplano, accommodation options are comfortable but more basic, due to their extreme isolation. Personally, I still would not recommend that luxury travellers avoid this region on account of this. Go into this part of your journey with adjusted expectations and I promise the pay off from the vast empty vistas will be completely worth it. Small-scale hotels such as Tayka del Desierto are emblematic of the kind of accommodation in this area. 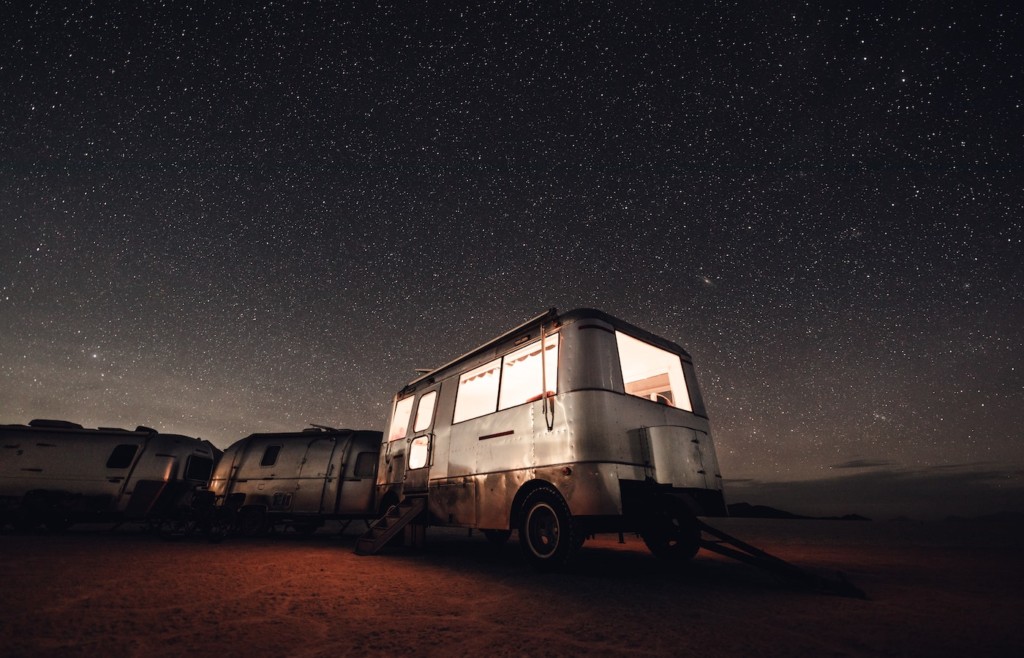 At the end of your adventure in Uyuni, if you plan on staying in Bolivia, you can head east towards the colonial city of Potosí, once the richest city in the world due to its many productive silver mines. A day’s drive beyond Potosí will bring you to Sucre, a charming city of white-washed colonial constructions where Bolivia’s independence was declared by Simón Bolívar and his generals. Well worth a visit, Sucre is famed for its picturesque architecture, intriguing colonial history and the well-preserved dinosaur footprints in the walls of an abandoned quarry nearby. For those combining Bolivia with Chile in the same trip, heading south from Uyuni presents you with the opportunity to cross over into Chile overland, and begin your experience in Chile with a relaxing stay in the copper hills of the Atacama Desert, in one of its many stunning spa hotels. If returning to La Paz, flight connections are available to continue your trip in Lima, Cusco, Bogotá, Santiago or Guayaquil in Ecuador. 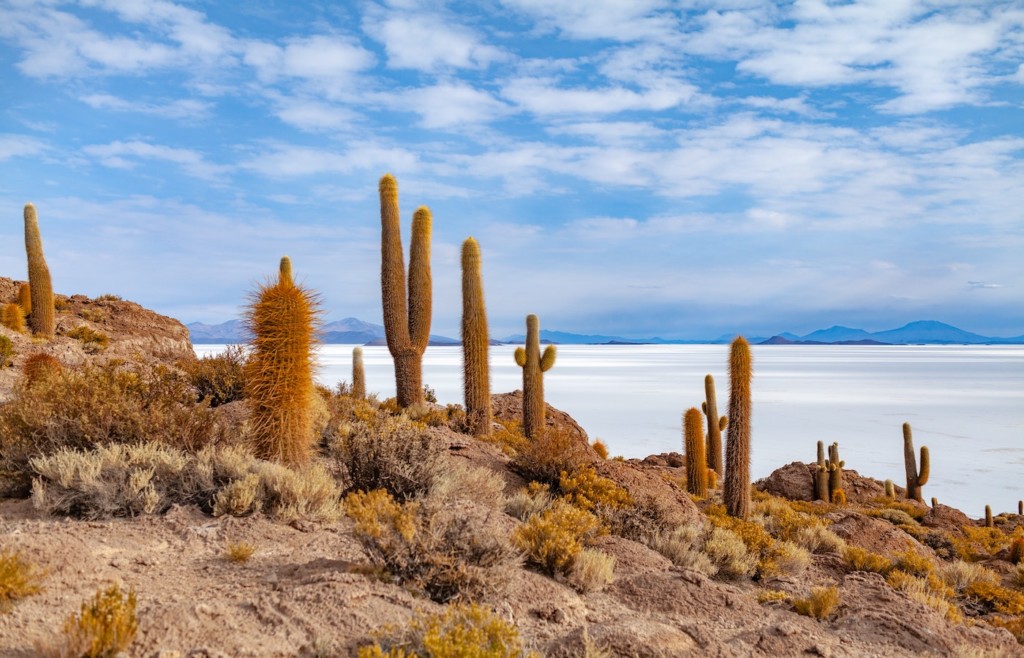 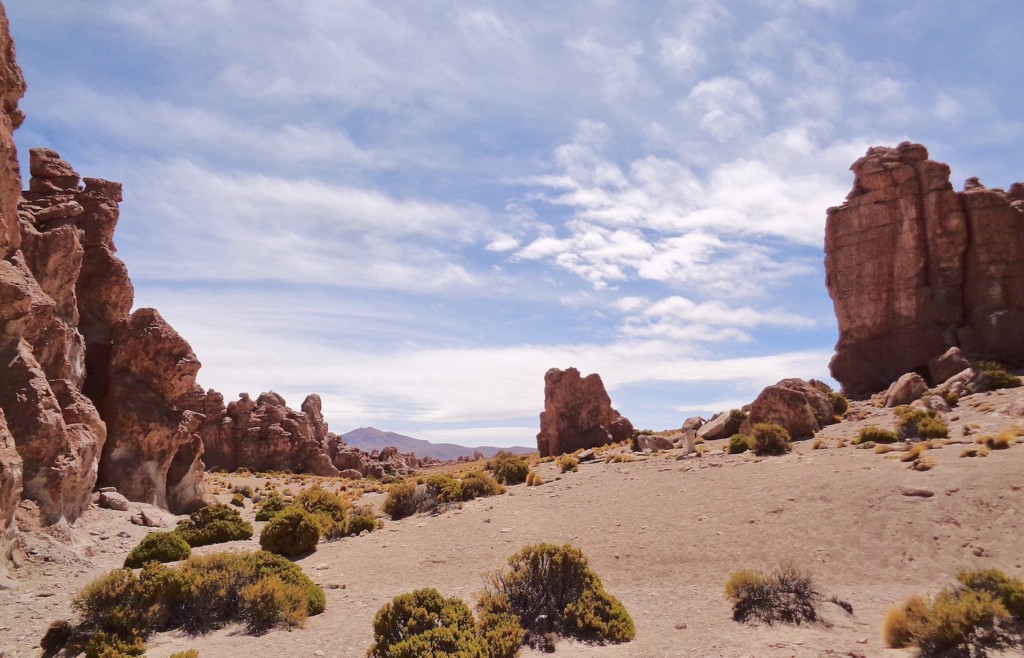 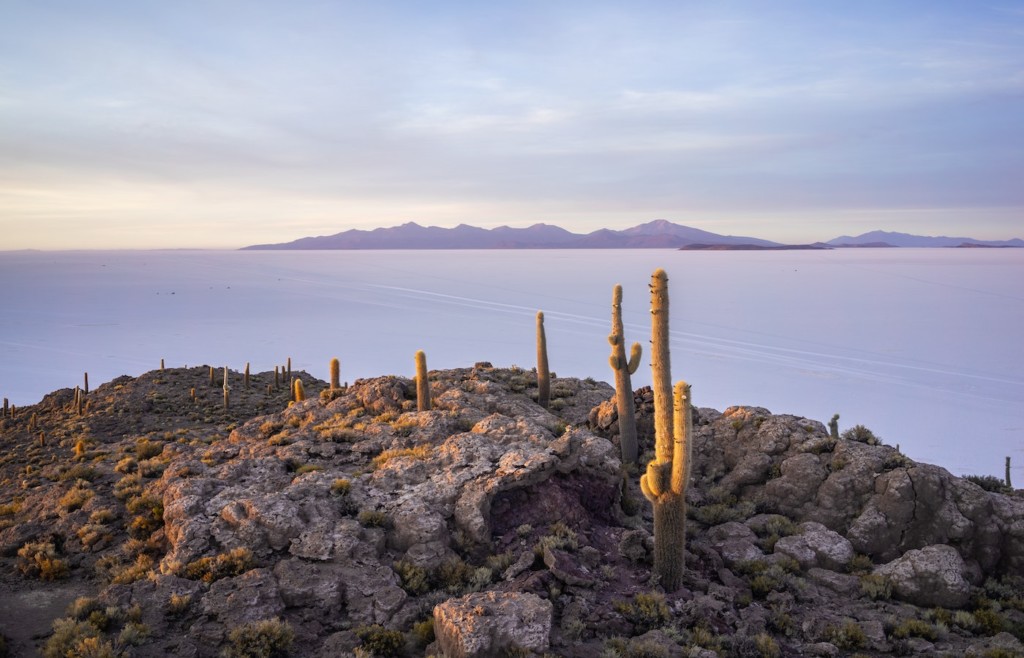 Dramatic, rugged and almost empty, the landscapes of Uyuni and southern Bolivia offer some of the most picturesque views in all of South America for those bold enough to brave exploring these isolated communities. We cannot recommend it enough!

Are you planning a trip to Bolivia or northern Chile? Read more about Uyuni and Atacama and browse our Bolivian sample itineraries here. Contact us today to speak to one of our travel specialists about planning your luxury holiday.